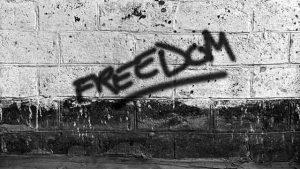 In an interview with Paul Kelly to mark the 40th anniversary of CIS last year, founder and (now outgoing) executive director Greg Lindsay reflected on past successes and future challenges, before noting:

What occupies my thinking now is that there are limits to what governments can do. We’ve lived through a whole generation of government overreach, of government trying to do things that it is not suited to doing and doing things that it shouldn’t be doing. We have not won that argument yet.

In the new Summer issue of Policy, Mont Pelerin Society president Peter Boettke takes up this argument in the wake of the populist revolt against establishment elites that Brexit and Trump signalled.

He begins by warning that “being anti-establishment should never be enough to bring intellectual joy to a true liberal.” While the populist critique of expert rule is an area of overlap, he notes that populists do not want to limit government — as true liberals do — but merely want to put different people in power.

Yet, paradoxically, the very growth of government has ‘pushed politics beyond the limits of agreement in the democratic West’, explaining both ‘political dysfunction and populist disillusionment’– and echoing Wolfgang Kasper’s Autumn 2017 warning that we are locked into an ossified Olsonian trajectory of growing citizen disenfranchisement.

The social ills that are faced across much of the world can be traced to this growth of government, which — as Boettke puts it — leads to the “erosion of a contract-based society and to the rise of a connection-based society, entangling government, business and society.”

He cites policies that protect privilege instead of promoting competition, and banks privatising profits while socialising their losses — as per the bailouts during the 2008 Global Financial Crisis that are now increasingly recognised as a slow-burning tipping point in the recent eruption of populist anger.

True liberals, he urges, need to convince the establishment elites and populists that the issue is not just ‘erring entrepreneurs’ but ‘bumbling bureaucrats’. The main difference is that in government nothing succeeds like failure. So we just get more of the same — government grows because it fails and fails because it grows.