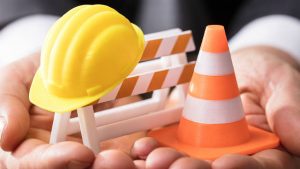 No one likes to harm others. But today the call to ‘avoid harm’ is getting out of hand. And more often than not, begs the question.

Back in the nineteenth century, John Stuart Mill saw the of prevention of harm as setting the limit on the coercive power of the state when he wrote “the only purpose for which power can be rightfully exercised over any member of a civilized community, against his will, is to prevent harm to others” (On Liberty 1859). Mill was seeking to increase human freedom with his harm principle.

Today saying something is harmful is increasingly the one-stop shop to attempt to criticise and shut down, be it, for example, NAPLAN testing, the same-sex marriage plebiscite, the recent Vatican statement on gender, or much that goes on in schools and universities. The inflation of what is considered ‘harmful’ — however well intentioned — is having the effect of decreasing human freedom.

It is not a simple issue. On the one hand, there can be real harm, and our society is rightly far less blasé about many dangers than in the past. Think of such disparate areas as industrial safety and child abuse.

On the other hand, one of the reasons for the popularity of talking about harm is that it seems to provide a common ground and a simple test in a society otherwise lacking an agreed moral framework.

However, that is an illusion. What counts as harmful is rarely objective or straightforward, but depends on a wider, often unacknowledged, context. For example, not all distress or pain is harmful. Is it harmful to me to be told by you that I have cancer? Or that I should repent? That depends whether you are an oncologist. Or whether divine judgment is a real thing.

And it is so with many of the appeals to harm. They so easily beg the question by subtly importing hidden claims about human life and society as to be practically useless.

Saying something harmful is not the end, but the beginning of a conversation.