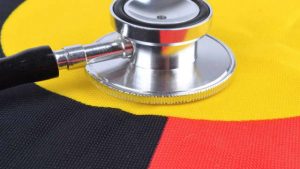 The proposal to launch Australia’s first Indigenous-only hospital raises a number of questions and is problematic on a number of levels.

Taxpayer support is being targeted for the idea, which is part of St Vincent’s Health Australia’s so-called ‘inclusive health program’ — which aims to ensure more Indigenous people receive all care needed to improve and maintain their health.

However, the need for a separate hospital does not seem to be supported by any hard evidence that Indigenous-specific/culturally appropriate health services would fix the appalling health disparity between the most disadvantaged Indigenous and other Australians.

In addition, the claim that this would help close the gap also doesn’t stack up against the reality that in remote communities — which have the worst health outcomes — people are already receiving Indigenous-specific care from Aboriginal Medical Services.

Failure to seek treatment and/or comply with treatment regimes is often due to behavioural factors
— ones that are also at the heart of people’s poor health status in general, especially in remote communities.

The idea of culturally appropriate care is a controversial one in the medical professions because the inclusion of such requirements in professional codes risks leaving the registration of doctors and nurses under threat from a subjective complaint that the care they delivered to an Indigenous patient was culturally inappropriate.

The fear is that when forced to practice under such obligations, many health professionals will be wary of treating Indigenous patients or working in Indigenous health.

This has important implications for the staffing of Indigenous-only facilitates, and for the quality of clinical care it may provide.

We should also be cautious about departing from the ‘universalist’ ethos that has long been at the core of the professional duties of doctors and nurses.

A version of this ethos has also been integral to the purpose of Catholic health services — and to the argument that these organisations deserve taxpayer-support to deliver public health services due in part to their special commitment to serving all the sick.

There is increasing pressure to withdraw public funding from Catholic health services over issues like abortion and euthanasia.

There is also a push to implement codes designed to ensure publically-funded services are ‘gender-sensitive’. The activist agenda here is to justify pushing faith-based providers out of the provision of such services on the basis that they are inherently LGTBI-unfriendly.

Giving credence to the argument that specific identity groups need their own culturally sensitive services will give credence and legitimacy to arguments that are fundamentally not in the best interest of Catholic health services.

All who wish to defend the principles of a free and civil society should defend public-funding to faith-based providers, as well as the rights of religious organisations and professionals on issues of conscience.

But when an organisation like St Vincent’s (which should know better) jumps on the progressive bandwagon and supports a divisive idea that is tantamount to health care ‘apartheid’, it is profoundly dispiriting — and makes it harder to will oneself to mount the cultural barricades in their defence.