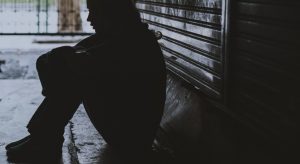 As the details emerge about the background of Courtney Herron’s alleged killer, we need to take a serious look at the problem of homelessness and mental illness.

Our approach to these problems has not been working.

Henry Hammond, a 27-year-old homeless man — and Herron’s alleged killer — appears to have had untreated mental illness and issues with substance abuse, including heroin, LSD and ice. The Court was heard Mr Hammond has a mental illness and ADHD. His lawyer said he suffers from “possible delusional disorder” and “possible autism spectrum disorder”.

Armchair academics and politicians seem to think that this horrible tragedy was caused by ‘toxic masculinity’ and a lack of affordable housing. But more public housing will not address the individual characteristics, choices and behavioural factors that lead to genuine homelessness.

This is because the real cause of homelessness — and of the tragic events in Royal Park — relate to a homeless subculture in which mental illness and drug abuse are rife.

The rate of mental illness is up to 40 per cent in homeless persons, and even higher in ‘rough sleepers’. And although the government already spends $10 billion a year on housing and homelessness, rates of rough sleeping are increasing.

Despite the 29 per cent increase in funding (from $634.2 million to $817.4 million) for homeless services alone between 2011 and 2016, the number of Australians sleeping rough increased by 20 per cent across that time.

Approximately 8,000 Australians continue to sleep rough each night because homelessness services have not been assertive enough at getting people off the streets.

Outreach workers are reluctant to violate the ‘right’ of people to sleep rough and refuse treatment. Homelessness services have therefore proved unable to help, because they refuse to take an effective approach to assisting people to exit the streets.

A lack of designated psychiatric beds in public hospitals makes the problem worse, and the closure of psychiatric institutions has also contributed to the current situation.

The asylums were shut due to abuses that occurred in the past. However, trying to care for the mentally ill in the community has produced mixed results for those who cannot meet their basic living needs and treatment requirements.

Long-term care facilities offering high levels of support would benefit the chronically homeless and gravely ill people who will otherwise continue to live and die on the streets.

Both Courtney Herron and her alleged killer are victims of the same system failures; ones that governments need to start being honest about.

If we really want to end the homeless problem, we must tell the truth about the ineffective approaches behind why people with mental illness and drug abuse problems continue to sleep rough in growing numbers.

We must also be prepared to implement the ‘tough love’ solutions that are required to permanently stop them living on the streets.

Dr Carlos d’Abrera is a psychiatrist and research associate at The Centre for Independent Studies. His report, Dying with their Rights On: The Myths and Realities of Ending Homelessness in Australia, was published last year.