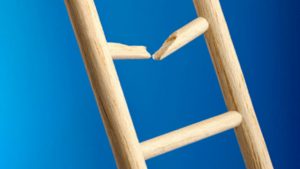 Bill Shorten’s proposal to permanently link the minimum wage rate to 60% of the median wage, creating a so-called ‘living wage’, is a desperate appeal to low-income earners, working families and the left-wing voters of Australia. But what impacts will this feel-good policy have on the overall health of our economy?

In short, the proposed “living wage” would actively undermine Opposition’s other stated policy goals of boosting investment, growth, jobs, and to lift all wages over time.

In economics, a wage is just another word for the price of labour.  If you increase the price of any input you are going to negatively impact the demand for the input.  So a big increase to the minimum wage that is not linked to productivity improvements or a greater demand for new workers will result in job losses for the most vulnerable, lower-skilled workers in our society.

Mr Shorten has also made claims of Australia being a “left-behind-society”, – but the stats just don’t add up. With the current minimum wage of $18.29 per hour, Australia is visibly above that of the UK, which is AU$12.71 per hour and the US, which is AU$12.97 per hour.

The Opposition leader’s recent comments have shown a lack of understanding of basic economics – and little regard to truly growing the economy.

Sarah Ray is an intern in the economics program at the Centre for Independent Studies.