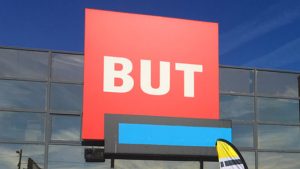 We all know about buts — those ‘exceptions to the rule’. “I’m all for freedom, but…” or “I would never allow the government to do X, but …”.

But…. my exception to the rule should be the rule.

Each person’s political opinions are like snowflakes. No two opinions are ever alike, and they often melt away under a bit of heat. But… if you press hard enough on their opinion, you will find a delicate line of exception drawn in the snow.

One could conclude that with so many exceptions, we need the overbearing regulatory drill-sergeant of government to march us all in step (however, I’m sure we could find some exceptions to that rule, too).

But… these infinite exceptions should be seen as the reason we actually need less government — and more nuance.

Too many regulations limit nuance, stifle innovation, and often create unintended negative outcomes; creating opportunities for legislative carve-outs that benefit only a few major companies, industries, or politicians — at the expense of the rest of us.

This gives people a stronger voice in change, and any poorly thought-out policy in one community can be overturned quickly but serve as a lesson for others.

Contrast this ‘exceptional’ model with a bloated federal government and bureaucratic interest at odds with the public. Every bad policy becomes entrenched and unwilling to change course to avoid disaster; witness the floundering tanker Gonski leaking a spill of dollars that will pollute our children’s future … an iceberg (of exceptions) would be blessed relief.

This inflexible commitment chains us to courses that evidence already shows are dangerous, if not outright disastrous.

Maybe we all need to be granted more exceptions to the rule.