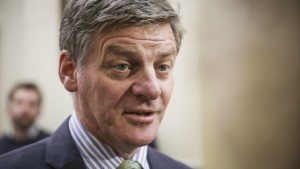 The change of prime minister has put New Zealand in the news on this side of the ditch, and we keep hearing our Kiwi friends are in an economic sweet spot, while Australia is in a funk. New Zealand is enjoying better economic growth and the kind of sound fiscal position that is proving so elusive in Australia.

That is all true, and the outgoing prime minster deserves the accolades heaped on him, but there is a tendency on this side of the ditch to view the grass on the other side as a shade greener than it really is. A more balanced assessment is called for.

The comparisons bandied about in the media often compare apples with oranges. For example, they overlook the fact that the government in Wellington is one for the whole country (save for a minor role for local government) while that in Canberra is the central government in a federation.

Then there is the small matter of the upper house. It is like poison to good economic policy in Australia, but New Zealand doesn’t bother with one. This has made it easier for Key’s government to implement sound policies, but it also makes it easier for any government to do stupid things, as New Zealanders have seen in the past and will no doubt see again some time.

Apples-and-oranges comparisons are also a problem in the fiscal arena. As we keep hearing, New Zealand has a budget surplus, but this is only when it is measured as the net operating result. On a cash basis, which is what the Australian government uses, New Zealand is still in deficit (albeit to a lesser extent than Australia) and is projected to only reach a surplus in 2018-19.

Ah, but New Zealand has lower tax, I hear you say. No it doesn’t, if you add up all taxes. On that measure, the tax load in New Zealand is around one-third of GDP, several percentage points higher than it is, or has ever been, in Australia. However, the New Zealand tax load is stable, whereas Australia’s is increasing.

Some in Australia focus on the Key government’s achievement of a 33% top rate of personal income tax. What they forget, or don’t realise, is that New Zealand set that rate way back in the 1980s when the GST was introduced at 10%. The top rate (and the GST) was later increased by the Clark Labour government. What Key did was increase the GST again to lower the top rate back to where it was. Thus, the GST has been ratcheted up by 50% while the top income tax rate is where it was 25 years ago. A 33% top rate would be a great thing in Australia, but I’m not sure I would want the flip side to be a GST that goes up and up. This kind of outcome should make us wary of tax trade-offs.

Where the Key government has been most successful, and has really put Australian governments to shame, is in controlling government spending. Total spending at all levels of government (which is the best basis for comparison given the structural differences between the two countries) was once higher in New Zealand but is now higher in Australia, and tending to rise. If Australian governments could emulate Key’s success in curbing spending, our budget deficits would evaporate and room would open up for lower taxes.

Key’s successor, Bill English, should be alert to hubris, which always poses a serious threat to sound economic management. I don’t know if there is any hubris in New Zealand, but there certainly is in the current Australian view of New Zealand.