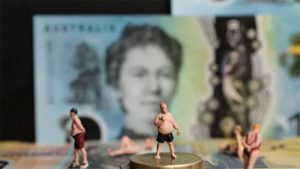 Since the success of the 1980s and 1990s microeconomic reforms, subsequent governments have attempted to drape their new policy ideas in the language of “reform”. They do this because the earlier reforms promoted productivity, causing higher economic output and rising wages.

Genuine reform is about reducing distortions and improving incentives, so that resources are moved into their most productive use, workers have a higher marginal productivity (therefore wage), and consumers are able to get more benefits at a lower cost.

Yet for the past 20 years, most government programs were not genuine reforms, and have not improved productivity. The result has been stagnant wages and rising debt. Australia desperately needs another round of microeconomic reform.

The recent budget was a lost opportunity for that.

Not all tax cuts are equal. The short-term tax cuts recently proposed by the government (and matched by the Opposition) are certainly good for the people who receive the extra money, but they do little to improve productivity. They do not represent microeconomic reform.

In contrast, the long-term tax cuts planned for 2022 and 2024 actually would reduce distortions, improve incentives, and help drive a stronger economy. Sadly, these reforms are scheduled for the distant future, and they are not supported by the Opposition. The government should scrap their short-term plans and jump straight to their long-term tax reforms.

Unfortunately, the argument for tax reform is often misunderstood.

From a macroeconomic perspective, tax cuts will (probably) cause an increase in consumption. That sort of “stimulus” may be useful during a recession, but in normal economic conditions the increase in consumption will be offset by a decrease in investment, government spending, and/or net exports. The net impact is small and temporary.

The real story of tax reform is microeconomic. To understand the lasting consequences of income tax changes, the focus needs to be on marginal tax rates. This is the tax rate paid on the next dollar earned  and therefore it is the marginal tax rate that determines people’s incentive to increase or decrease their taxable income.

These consequences won’t always occur and they won’t occur for everybody; but when taxes are changed, at least some people will change some of their behaviour some of the time.

Good tax reform will reduce the distortions created by high marginal tax rates. By looking at how taxes (and tax cuts) change behaviour, it is possible to assess how any specific tax policy will impact on the broader economy. For example, the short-run tax cuts will create approximately zero economic benefit, while the long-run tax cuts will increase GDP by over $10 billion.

Unfortunately, when looking at tax policy, Treasury relies on a static model that makes the absurd assumption of zero behavioural changes. This is simply wrong. By ignoring behavioural responses, they are ignoring the issue of productivity, and implicitly assuming that microeconomic reform is irrelevant.

This modelling mistake leads to the false impression that all tax cuts and spending programs are equally efficient. The consequence is a counter-productive pantomime, where the tax debate is reduced to a simplistic comparison of beneficiaries, while ignoring the hugely important issue of productivity.

How can we fix the tax debate in Australia?

First, we need Treasury to start doing proper tax modelling, which includes behavioural responses, as already done by the UK Treasury. Second, we need commentators to focus more on productivity. And finally, we need politicians with enough foresight and courage to prioritise microeconomic reform over their short-term political interests.

The alternative is that Australia continues to struggle with low productivity and stagnant wages.

Dr John Humphreys is a research associate at the Centre for Independent Studies.