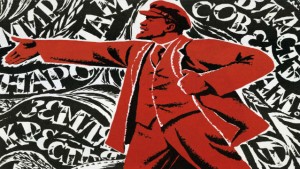 Next week marks the centenary of the Bolshevik Revolution. November 7, 1917 was not just one of the most influential events of all time, it ushered in the most terrifying period in human history. In the matter of scale, the Russian revolutionaries and their later successors in China and elsewhere achieved a record of far more deaths than either world war. According to the London-based project to create a Museum of Communist Terror, 15-18 million people died in World War One; 40-80 million died in World War Two; and 80-100 million died under communist regimes.

Yet 100 years later, many young people in the West are ignorant of the ideology that inspired Lenin, Trotsky and millions of their worldwide followers. According to YouGov surveys, only 55% of American millennials think communism was, and still is, a problem. A third of young people believe US president George W. Bush murdered more people than Soviet dictator Josef Stalin did. And about 70 per cent of young British people have never heard of Mao Tse-Tung, the communist revolutionary whose regime murdered tens of millions of Chinese.

The British Labour Opposition’s treasury spokesman, John McDonnell, identifies with the Marxist cause — even once waving Mao’s Little Red Book in parliament. Meanwhile, the Irish post office recently released a special national stamp to mark the 50th anniversary of the death of Che Guevara, the Marxist revolutionary who became Fidel Castro’s right-hand man during Cuba’s communist revolution of 1959.

George Orwell once wrote: “We have now sunk to a depth at which the restatement of the obvious is the first duty of intelligent men.” One such man is James Bartholomew (a former guest of CIS), who is behind the move for a Museum of Communist Terror, which will document all the people murdered in Communist regimes — from Eastern Europe to Latin America to East Asia. Writing in the UK Daily Telegraph recently, he argued: “The fact that, through no fault of their own, young people know very little about the terror, torture, executions and famines that took place under Communism means that they have limited intellectual defence against the apparent idealism of extreme left-wing ideas.” Something to ponder on the centenary of the Russian Revolution.