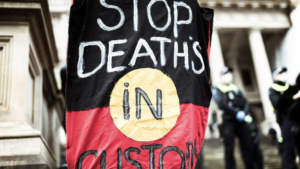 This year marks 30 years since the final report of the Royal Commission into Aboriginal Deaths in Custody, initiated on the premise that racism must have been playing a principal role in these deaths.

No such finding was made and the report found no evidence of widespread racism. Also, contrary to the widely held belief that proportionately more Aboriginal Australians die in custody than non-Indigenous Australians, it was found this was not the case.

As David Biles, who led the commission’s criminology research group for three years, wrote in 2016, there was proof “Aboriginal people were slightly less likely to die in prison or police custody than non-Aboriginal people”, and this has not changed.

The commission found no evidence Indigenous deaths had been caused by “deliberate violence or brutality by the police or prison officers”, though “in many cases death was contributed to by system failures or absence of duty of care”. Instead it was found that most deaths occurring in custody resulted from natural causes, followed by self-harm, then abuse of drugs and alcohol.

It has been claimed recently that Indigenous incarceration levels have been maintained at alarming rates since Australia was first settled. Historically, incarceration for crimes committed against white settlers — the spearing of sheep or cattle, theft and homicide — was preferable to the widespread frontier practice of shooting those suspected of such crimes. This practice continued up until 1928 when my own grandfather narrowly escaped that fate during the notorious Coniston massacres that year. However, from the beginning authorities were reluctant to incarcerate, or punish in any way, Indigenous Australians for violent crimes against other Aboriginal Australians. Imprisonment rates for Aboriginal people dropped dramatically at the beginning of the 20th century when many were forced on to reserves, where their lives were more effectively controlled and their employment became the mainstay of the pastoral industry.

Major technological changes and practices from the 1950s and the 1968 equal wage decision increased unemployment. This, and the legalising of access to alcohol, caused a dramatic rise in crime rates. The extension of full citizenship rights to Aboriginal Australians has resulted in the recognition of their right to expect the full protection of the law — including from violence inflicted on them by other Aboriginal people. Since then, incarceration rates have skyrocketed.

At the same time, Indigenous lives lost due to criminal activity outside of custody outstrip those lost in custody. Yet no concern is expressed for these lives when the cause cannot be blamed on racism or colonisation. Between 1989 and 2012, 951 Indigenous lives were lost to homicide. Of these, 765 were killed by Indigenous perpetrators, and 67 per cent of those were classified as domestic homicides. Where is the outrage?

The Australian Institute of Criminology reported in 2019 that “Indigenous people were around eight times more likely than non-Indigenous people to commit a domestic assault that was reported to the police”. Indigenous children are likelier to be victims of child abuse, neglect and sexual abuse and exposed to family violence at a far greater rate than non-Indigenous children. These crimes, as well as the lack of respect for property rights, result in the horrific levels of incarceration of Aboriginal Australians — meanwhile unemployment, the failure of the education system, substance abuse and acceptance of violence as legitimate self-expression all contribute.

As long as Aboriginal leaders and academics insist, without clear evidence, that it is all caused by racism and colonisation and continue to ignore the real causes, we cannot begin to reduce homicide, violence and sexual abuse and, in turn, incarceration rates. Why do we insist governments alone can solve our problems?

To suggest that we can’t solve our own problems, that we are nothing more than victims, is racism of the worst kind.

The most overlooked statement in the report of the Royal Commission into Aboriginal Deaths in Custody is the most important: “Only Aboriginal people can in the final analysis assure their own future.”