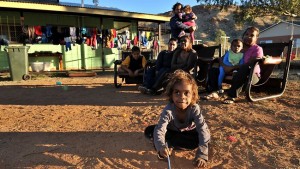 Despite billions of dollars and numerous government programs to improve Indigenous living conditions, social housing in many remote communities continues to be poorly maintained, overcrowded and dilapidated. Even ardent socialist HC “Nugget” Coombs despaired at the state of Indigenous housing, declaring in 1978: “there is no element in social policy for Aborigines the results of which have been so disappointing and so confusing as that related to housing.”

Sadly, nothing has changed since then.  A recent article claims residents in a remote Northern Territory community are “begging for housing” with some households having three generations of people living under one roof.

To combat the overcrowding, the Northern Territory Government is embarking on a $1.1 billion remote housing program over the next 10 years. One aspect is the ‘Room to Breathe’ early works program that will add an extra bedroom to houses built under the disastrous Strategic Indigenous Housing and Infrastructure Program (SIHIP). Inexplicably, despite the houses costing up to $750,000 to construct, many of them had only two bedrooms.

Jointly funded by the Australian and Northern Territory governments, the $5.5 billion SIHIP  was launched in 2007 to provide 4,200 new houses and 4,800 refurbishments over 10 years, but has been heavily criticised for its astronomical costs, with more than $100 million spent on consultants before a single house was built. There was a 9000-house shortfall in Indigenous housing when the program started, and this shortfall will still exist when it is completed because the construction rate cannot keep up with demand and the deterioration of existing stock.

The Northern Territory government is pleading with Canberra to provide half a billion dollars in additional funding to deliver its latest 10-year $1.1-billion housing program. But this is likely to be more money down the drain, unless governments urgently change their approach to Indigenous housing.

Instead of focusing on public housing as the only solution for the housing crisis, government should make it easier for communities to have 99-year leases for private housing.