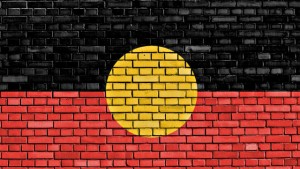 It is interesting how little the campaign to enshrine Indigenous recognition in the constitution was slowed by its political champion, Labor, losing the election.

Opposing views have been thin on the ground, though it would be wrong to take that as a sign of universal support for the inclusion of a largely undefined, representative body in the constitution.

Browsing through the comments section of any article on the “Voice”, even on progressive mastheads, quickly puts paid to that idea.

And, as is so often the case these days, some of the claims in favour of the Voice don’t stand up to scrutiny.

For example, eminent constitutional scholar Anne Twomey, under a headline that dismissed critics as “fright monsters”, claimed the Indigenous Voice was analogous to bodies like the Productivity Commission.

Though the details of the Voice are unclear – possibly strategically – one prominent model is an elected representative body that advises Parliament on legislation affecting Indigenous people.

The Productivity Commission, by contrast, is headed by a government appointee, and in describing itself notes “the government largely determines its work program”. It has a clear mandate, and its staff are employed on the basis of their expertise.

And of course, it is not embedded in the constitution.

Few would object to the Voice if all it involved was the creation of an Indigenous Productivity Commission; except for the activists, because such a body doesn’t give them what the Uluru Statement calls for: sovereignty that coexists with the Crown.

That the Voice is being popularly expressed as a “voice to Parliament”, rather than to government, is also important to note in this respect. Not only does it make the Voice an inherently political instrument (rather than an administrative one like the Productivity Commission), but in a Westminster system, the government is responsible to Parliament.

“It is impossible to avoid concluding that one function of the Voice is to serve as a platform to oppose government decisions.”

This is why Coalition politicians are right to be concerned that the Voice will come to resemble a third chamber of Parliament.

And for the avoidance of doubt, I do not mean this literally. No one who has studied the proposal could believe the Indigenous Voice will become a second recalcitrant Senate or have legal veto powers over legislation. That this strawman keeps getting skewered by Voice supporters is beyond frustrating.

The point is that the more representative and democratic the Voice is, the more broadly it is constituted, the greater moral authority it has to represent Indigenous people, the more it comes to resemble an institution of government. Institutions do not merely exercise legal power, and the other types of power they wield matter a great deal. And this is both the great strength, and weakness, of the Voice.

Institutions do not merely exercise legal power, and the other types of power they wield matter a great deal. And this is both the great strength, and weakness, of the Voice.

The proponents of the Voice clearly understand this – it’s literally how the Voice will work – so why do they persist in pretending opponents are arguing solely about legal status and power of veto?

Perhaps it is because the positive case for altering the institutional power balance in Australian government is weak.

Indigenous disadvantage is a real problem, one that has defied the attempts of both sides of politics to resolve. However, the tens of billions of dollars poured into the issue year after year makes it abundantly clear that the solution will not be the injection of more taxpayer dollars without accountability.

The problem is not caused by government funding cuts of the sort that Indigenous activists are so concerned about. Yet this is no doubt exactly the kind of thing at an activist Voice to Parliament would vigilantly guard against.

And of course it is striking how similar issues of over-representation in the criminal justice system, unemployment and welfare dependency, and substance abuse are between indigenous peoples in New Zealand, Canada and Australia – and indeed, elsewhere – despite treaties and constitutional recognition.

At a minimum, far more concrete detail is needed on how this will make a difference on the ground in remote communities.

The other primary justification for creating the Voice is the special status of Indigenous people, or the special connection with the country, that should be acknowledged in the constitution.

And here again we see the activists being disingenuous. They claim that the law treats people differently based on race already – which is true – but it does not at all follow that this is the same thing as entrenching separate democratic rights in the constitution.

And again the schizophrenic nature of the debate over the Voice doesn’t help; it is apparently both a modest change and a substantive one, depending on who the audience is.

Yet, if the change is substantive, which the proponents have said it has to be, then it must create substantive rights based on race: a breach of one of the most fundamental elements of our democracy, the principle of “one person, one vote”.

Now if the Voice dealt only with legislation that primarily or exclusively impacted Indigenous people, this would be one thing. But how often does such legislation arise? Is it really enough to require a separate representative structure?

And doesn’t the existence of such a structure almost guarantee scope creep? Almost all legislation has some impact on Indigenous people. But it doesn’t follow that these ordinary government actions impact Indigenous people so differently to the way they impact everyone else that a separate representative body is required.

The idea that a change such as the Voice could quickly go through to a referendum, without key details being nailed down, and without questions being asked, was a pipe dream. Far more work needs to be done to convince the rest of Australia the Voice is a good idea.

The unexpected re-election of the Coalition gives them a chance to reshape this debate into something that both Indigenous and non-Indigenous Australians could support. The alternative is almost certainly another referendum idea supported by the elites, but roundly rejected by “quiet Australians”.