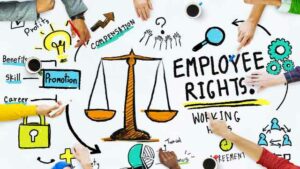 Industrial relations regulation in Australia is too prescriptive and complex, and disempowers both employers and individual workers trying to strengthen the post-pandemic jobs market.

The system of regulation is over-engineered, and many of the provisions serve merely to protect trade unions and employer associations while doing nothing to promote the interests of workers.

The economic shocks of COVID-19 and the associated government responses have rendered aspects of our industrial relations regulations unworkable and/or perverse.

There have been some temporary sensible changes — mainly related to hours of work, location of work, assignment of duties and the taking of leave — made to some awards as well as to the Fair Work Act to accommodate the government’s wage replacement scheme, JobKeeper. However, it is unlikely that the award changes will be made permanent, given the opposition of the trade unions.

There is some prospect that the negotiation process may reach agreement in relation to the definition of casual work and matching the duration of greenfields agreements to the duration of projects; but these changes will need to be legislated.

Added to these issues is the lingering question of whether past regular casual workers will be able to claim back-payments for leave entitlements. The financial impact on businesses would be crippling and the government quickly needs to find a solution.

In relation to award simplification, the making of enterprise agreements and compliance/enforcement, there is little prospect of agreement between the parties.

The federal government should consider the option of introducing a streamlined and simple award covering small businesses, with a possible cut-off point of 20 full-time equivalent employees.

Another option would be enterprise contracts contemplated by the Productivity Commission, in which small businesses could seek variations to awards based on light-handed oversight.

While the system of regulation was initially a federated role in which the states played significant roles, the federal jurisdiction is now too dominant. Apart from Western Australia, all other states have referred their industrial relations powers to the Commonwealth.

A state government intent on creating an environment conducive to business investment and strong employment growth might consider resuming its industrial relations powers from the Commonwealth.

This is an edited extract from Prof Judith Sloan’s paper, Industrial Relations in a Post-Covid World, published this week by CIS.