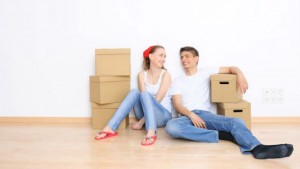 The release of the latest Census figures has shown home ownership is down, and (unsurprisingly) investors are being blamed, particularly the negative gearing ‘tax concession’ for investors.

Well not so fast. 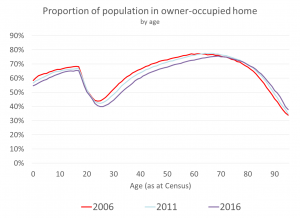 There are a host of causes of declining homeownership, including delayed marriage and childbearing, a greater desire to be mobile for social and employment reasons, and high immigration rates (as most migrants would initially live in rental accommodation).

Nevertheless, declining home ownership is also likely to be caused by high prices; but negative gearing is not driving this price growth. First, the price growth in Australia is similar to the growth in many other developed countries — including countries with very different tax systems. Second, modelling to date of reducing or removing negative gearing says it will cause small to moderate price declines, not large price falls, but potentially major short term disruption.

And third, RBA research finds that 70% of house price movements since 1991 can be explained by just three factors: the housing demand-supply gap, the availability of finance, and the introduction of the GST — not leaving much space for negative gearing. This research also suggests boosting home ownership would be best achieved by ensuring housing supply meets population growth, and cutting the substantial taxes on housing supply. Slashing negative gearing won’t have much of a beneficial effect, while cutting access to finance would lower prices but at a great cost to the whole economy.