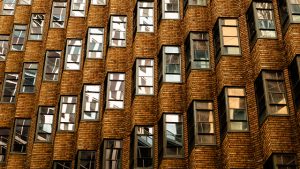 In his 5 October comment on Austaxpolicy, Relax. The Divide Between the Taxed and the Taxed -Nots Isn’t New and Doesn’t Buy Elections, Peter Whiteford makes four observations on our September 2018 paper for the Centre of Independent Studies, Voting for a Living: A shift in Australian politics from selling policies to buying votes?:

Whiteford concludes in the third-last sentence of Relax, using the same arguments as in his 2016 Policy Brief, that the concept of net benefit recipients “isn’t a meaningful guide to anything very much.”

For reasons we explain below, the first and second of Whiteford’s four observations are true but irrelevant; the third and fourth are misleading for political analysis. Together, they fail to address the concern explained in our paper, Voting for a Living, that the Australian incentive structure for formulating policy has deteriorated because of the degree to which the electorate is dependent on government for benefits and employment.

Our paper offered a theory: there is a distortion in the way politicians formulate policy resulting from a majority of the electorate being either net recipients of government benefits or government employees, and a minority being net taxpayers working in the private sector. Moreover, the evidence presented in Voting for a Living (pp 8-9) suggests this bifurcation is becoming more pronounced over time. As we said there, while noting the difficulty in making comparisons over many years: “On the broader measure of benefits and taxes, the middle quintile shifted from close to balance in the 1980s to being a substantial net beneficiary in the 1990s and retains that position in the most recent observations”.

Our paper was based on the latest Australian Bureau of Statistics data for 2015-16 in its fiscal incidence study.

Whiteford does not mention our paper’s two key points. First, it is not just lower income groups that are net beneficiaries from government, but also the middle-income quintile.  Second, the middle quintile is not ahead because of cash benefits (although they receive plenty of those too) but because of benefits in kind that are weakly means-tested, if at all. The middle-income quintile on average received $274 per week in net benefits in 2015-16 and in kind benefits comprised two-thirds of all benefits received in that quintile. (See Voting for a Living, pp 4-9.)

Against those two central propositions, what of Whiteford’s four criticisms of the paper?

1.  Voting for a living is an old idea

That’s certainly true. Our paper placed the idea in its mid-20th century economic context of public choice theory, but recognition of the risk of dominance of democratic government by a self-indulgent majority dates back at least to Plato. Not every old idea is wrong, and we should consider the possibility that some long-held fears get more forceful over time as trends develop. George Stigler explained in 1970 how the focus of redistribution on the middle class would be expected to grow as the array of government taxes and expenditures on services rose. Only as such powers widened over the 20th century did it become increasingly feasible for government to buy votes; that is, to discriminate more precisely between the recipients of benefits and the taxation of those who paid for the benefits (Stigler, pp 4-6).

Thus, our emphasis on a key political risk highlighted in our paper but not addressed by Whiteford:  many Australians — either net benefit recipients or direct government employees — no longer have ‘skin in the game’ of efficient government performance. They can be confident that the cost of their net benefits falls on someone else: the minority of net taxpayers. Based on ABS data, we put the proportion of net benefit households at just over 50%, while the proportion of public employees in the voting age population is around 11% (Voting for a Living). In an election, which is in effect a market for policies with both a supply side (political parties) and a demand side (voters), we surmised that political parties evolve to promote growth in redistributional expenditure targeted on a majority, funded (if at all) by tax increases targeted on a minority.

2. Every country in budget balance has a ‘zero net tax rate’ in aggregate

This is tautologically true, but the tautology misdirects attention away from a key point.  Taxes are not paid by a country in aggregate. They are paid in net terms by some individuals to the gain of others who are net beneficiaries.

We argued that this is not a problem when net beneficiaries are needy and few, and taxpayers are many and willing. But we asked: what happens when net benefit recipients and the direct employees of government constitute a majority, and net taxpayers working in the private sector are in the minority? It would be remarkable if (as Whiteford seems to believe) there were no implications from those trends for how Australian politics worked.

Of course other Western economies also have large government sectors and large shares of the voting population who are net benefit recipients, but they may also grapple with the adverse political dynamic we have sketched for Australia. (For example, Ryan McMaken noted on 24 October 2018, More than Half of America Gets More in Welfare than it Pays in Taxes.)

3. A flat poll tax spent on pure public goods would be completely non-redistributive and make everybody a zero net taxpayer, harmlessly

Whiteford invites us to perform a thought experiment in which government revenue is raised only from a uniform poll tax and spent wholly on pure public goods “with shared benefits, such as defence and public order”. Whiteford does not consider in this experiment the voter interests of those employed in the tax system and the supply of public goods but assumes that each taxpayer is assigned an equal benefit from the supply of pure public goods, exactly offsetting their equal poll tax payment. Everyone would then have ‘skin in the game’ through the poll tax (unlike in Australia’s actual tax system) and would be, it is assumed, a zero net taxpayer, with no consequences for politics or policy development.

Whiteford’s thought experiment contradicts the ABS’s fiscal incidence methodology, which does not assign to households specific benefits from spending on pure public goods. The ABS does not do this for the very good reason that there is no basis for estimating the benefit of pure public goods to particular households. (See Voting for a Living, p 12 for a summary of the ABS methodology.) Whiteford’s thought experiment is not relevant in a world in which the distribution of those taxes and benefits that can be assigned to households, segments the population into net recipients and net payers.

This issue perhaps arises from Whiteford’s use of the odd terminology of the ‘taxed and the taxed-nots’.  As our paper noted, the problem is not that some are merely ‘taxed-nots’; a ‘taxed-not’ is just one point along the distribution of net taxpayers and net benefit recipients. The problem is that such a large proportion are actually ‘negatively taxed’ (i.e. are net benefit recipients).

4. Australia’s life cycle income mobility means net benefit recipients in one stage of life will be net taxpayers in another, so it all comes out in the wash

Income mobility over time is very important in Australia and Whiteford argues that over time “the taxed and the taxed-nots change places.” But the Productivity Commission has recently shown (Figure 5.5, p 97) that the mixing is far from complete.  For example, about one-quarter of each of the top and bottom income deciles remained in those deciles over the 15 years to 2015-16.

Among those that do change places over time, it is not clear how this affects their political participation. The extent to which voters take a long-term, dynamic and well-informed view of their standing in the tax/transfer system is a matter for conjecture. But our own observations of Australian politics lead us to suspect political parties believe many voters have a time horizon that doesn’t extend much if at all beyond the next election; and that a short time horizon is cultivated by poor information about fiscal sustainability.

We disagree with Whiteford’s view that the fact net benefit recipients plus government employees comprise a majority of the voting population “isn’t a meaningful guide to anything very much.” Rather, in our paper, we offer one explanation of Australia’s current policy and leadership malaise.  This implies more of the same, unless good policy processes are re-established to show the actual social costs and benefits and the pattern of gainers and losers from recent policy trends and new policy promises.