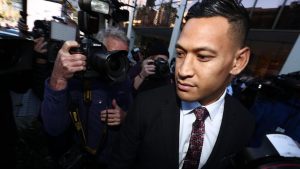 Unease is growing in Australia that something has changed for the worse in our live-and-let-live culture. The seismic shifts giving rise to this pervasive anxiety seem to have been coming in cumulative waves.

Free speech has given way to the drive to eliminate “hate speech”; bonds of trust have broken in commercial life — especially in our financial services sector; dying is becoming a medicalised event activated on ­demand by the individual, rather than the natural ending of life; and religion has become such a divisive issue that a new law is now being drafted to protect religious freedom.

Less than a generation ago, speakers with diverse political, ­social and religious views were ­invited to university campuses. But now, people with unacceptable views are “no-platformed” in order to protect the vulnerable.

Universities have compounded the problem by rejecting the traditional canon forming the foundation of Western civilisation and turning instead to what is often called “a coherence in pluralism and hybridity”.

All this has contributed to the sense that the common bonds of civility that help to build mutual trust in our society are under strain.

It provokes a persistent feeling among the more conservatively minded that the warp and weft of the cultural and social fabric have altered in discomfiting ways.

Defenders of such cultural change say the culture is not broken but simply responding to new sensitivities — just as it did in fixing behaviour that discriminated on the grounds of race or gender. However, many fear this cultural evolution has seen the weaponised assertion of rights as anti-discrimination laws are increasingly used to stifle the expression of conservative opinion rather than merely combat behaviour.

This tension at the heart of cultural shift is marked by two related features. The first is a move away from the communal — and with it, a diminishing civic readiness to live with difference — towards the individual, and a concomitant demand that threats posed by difference must be eradicated, so any behaviour deemed to harm individual dignity be proscribed by law. Scott Morrison’s proposed ­religious discrimination bill is one attempt to stem this tide and protect the freedom Australians need to have to live out their religion in both belief and practice.

The second feature of cultural shift is related to this emphasis on the sensitivities of the individual. As the priority of the communal, a notable feature of our social life in former generations, has given way to emphasising the primacy of the individual, so it has been accompanied by the eclipse of the moral language of virtue by the emotional language of values. And this evolution in our discourse is important because values language cannot successfully serve as a language of morals.

Virtues are objective moral norms that are both shared and personal. They are shared because there is general agreement about what a virtue such as justice is and what it represents; at the same time, virtues are personal because once an individual knows what, for example, the virtue of justice is, they can make a personal evaluation of about how they stand in relation to that particular virtue.

However, as morality became increasingly relativised and subjectified in the 20th century, the language of “virtues” — which ­asserts an important degree of ­objective authority based on a shared human nature and a shared conception of what common, ­social life entails — gave way to the language of “values” as a moral language.

Values, however, are simply emotional statements about personal beliefs, feelings or attitudes. They cannot be normative because it is impossible to erect any shared meaning on the foundation of something that is personal and subjective.

Reasoned thought, which draws upon agreed premises and the development of an argument grounded in formulated judgments, has given way to the exhibition of hurt feelings; and so we have come to the point where emotion, rather than reason, now serves as the basis on which claims against others are asserted.

Once values displace virtues, the idea of a shared morality soon loses any coherence or meaning — even in the face of authoritarian assertions that such a shared morality exists. When reason gives way to emotion, common standards of behaviour are quickly eroded, and the very language we use in civil and moral discourse begins to fragment — and soon enough it loses its meaning.

The fracturing of our culture can be accounted for, in large part, by the crisis of moral authority that confronts our society. The eclipse of virtue by values has led to a distorted view of morality that is no longer informed by principles of reason but by emotion. The communal norms of morality expressed by virtue have been displaced by a new primacy afforded to feelings.

However, while acknowledging the formative influence of religion on the development of Western moral thought, we ought not to pursue the restoration of any form of morality determined solely by the demands of theology or the institutions of religion — whether Christian, Muslim or Jewish. Liberal democracies need to be secular democracies.

But we ought to pursue a renewed understanding of culture as that which expresses a shared, common vision for our human and social flourishing — an understanding that is passed on in our traditions to future generations.

Human flourishing depends on the recognition and protection of fundamental human rights and freedoms — including the right to religious liberty, not as a subordinate right but as one right coexisting with other rights.

As such, the crisis of moral authority confronting our society must be addressed by, first of all, refusing to accept the equation of emotional claims with moral claims, and by calling for a reorientation from the personal to the communal.

The moral, social, and political health of our society — indeed, of our culture — depends on it.

Peter Kurti is a senior research fellow at the Centre for Independent Studies, and author of the paper Cracking Up? Culture and the Displacement of Virtue, to be published next week.