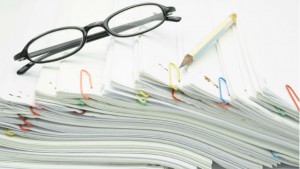 The Victorian State government has announced it will spend $500 million more on the reduction of family violence over the next two years. This is really quite a modest sum, working out at only $1,101,321.59 per recommendation of the Royal Commission per year. The recommendations, each of 227 of them, probably cost more to make than that.

Some might say that any report that has so many recommendations is, ipso facto, useless, and an open invitation to bureaucratic waste. Certainly, some of the recommendations were so long that they put me in mind of Thomas Macaulay’s review of a nineteenth century biography of Lord Burleigh by an unfortunate author called Nares:

The work of Dr. Nares has filled us with astonishment similar to that which Captain Lemuel Gulliver felt when he first landed in Brobdingnag, and saw corn as high as the oaks in the New Forest, thimbles as large as buckets, and wrens of the bulk of turkeys. The whole book, and every component part of it, is on a gigantic scale. The title is as long as an ordinary preface, the prefatory matter would furnish out an ordinary book, and the book contains as much reading as an ordinary library.

According to an article in the Age newspaper, ‘advocates have hailed it as an unprecedented commitment that will save and change lives.’ Note that it will, not that it might. This is to mistake aspiration for achievement, and activity for results. One’s confidence is not increased when one reads recommendation 207 (taken at random):

The Victorian Government develop or commission the development of a 10-year industry plan for family violence prevention and response in Victoria, to be delivered by 31 December 2017 with commensurate funding for workforce transition and enhancement to begin from that date.

Here I am put in mind of the line from the old Flanders and Swan song: it all makes work for the working man to do.