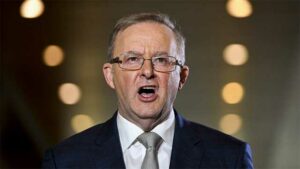 Sidelined by this week’s news of gold medals in Tokyo, and an expanding COVID-19 outbreak in Sydney, was the Australian Labor Party’s announcement they would no longer look at proposed tax increases if successful in next year’s bid for government.

This is a stunning reversal of Labor’s stance at the 2019 election and a welcome pointer to the future of taxation in Australia—even if nothing is ever certain.

Labor went to the 2019 election proposing a raft of tax increases and rejecting personal income tax cuts proposed by the Coalition government, which will take effect in 2024. These are the third and final stages of a series of the tax bracket, and marginal rate adjustments commenced in 2018.

Following Labor’s loss of that election, the unravelling of its tax policies began soon after. The election loss was widely unexpected, and tax policies were believed to have played a key role in it.

The final cuts will modestly flatten marginal rates of tax, with three progressive rates that apply to the income bracket of $45,000 to $200,000 being replaced with a single, lower marginal rate of 32 percent. Although the cuts are still three years away—and a lot can change in three years of politics and government budgeting—there is at least now a bipartisan position that makes it more difficult for either side to back out.

Then, Labor ditched its policy on franking credits—which reduces the tax payable by shareholders on dividends and can also lead to additional tax refunds for the person. It was this refundability that Labor had planned to scrap, a measure that would have hit retirees who were planning to live out their retirement on savings and investments.

This week, as well as confirming the income tax cuts set for 2024, Labor scrapped the most significant remaining measures from its 2019 tax hit list.

One of these is the disallowance of so-called “negative gearing” deductions which arise when property investors—including apartments or houses for rent—make an accounting loss due to interest payments on mortgages that are financing those investments. Labor planned to stop property owners from using these losses to reduce taxable income.

The other scrapped proposal was halving the capital gains tax discount. Since 1999, this has allowed Australians to include in their taxable income 50 percent of the capital gains from the sale of assets that have been held for at least 12 months.

The maths shows that halving the discount—from 50 to 25 percent—would have seen at least a 50 percent increase in the capital gains tax payable on asset sales.

While a case could be made for curbing negative gearing deductions, as I have written extensively over many years, the other measures proposed by Labor lacked justification based on tax principles.

They appeared to be expedient proposals aimed at raising substantial additional revenue to fund new spending proposals while maintaining balanced or surplus budgets. And targeting higher income taxpayers and owners of capital, they fitted the narrative of “addressing inequality” that Labor has emphasised.

The main reason Labor has gone so far in revising its tax policies is that they did not play well in the 2019 election.

One of the conclusions taken from that election is that there is a substantial body of voters that aspires to do better and does not appreciate tax increases that may frustrate those aspirations. Whatever other voters Labor targets, it must be wary of putting the aspirational class offside.

Another reason is that the Opposition no longer needs to worry about having a policy platform consistent with balanced or surplus budgets. The Coalition has spent on such a massive scale during the pandemic that it has sanctified budget deficits, which will remain for years to come.

Why would Labor volunteer to handicap its election chances by proposing tax increases when its opponent has given them a free pass to run deficits?

This is not to say that Labor will have no tax changes in its platform. It has so far been silent on superannuation tax concessions. And it could run with a tax levy for aged care—an idea raised in the recent Royal Commission into Aged Care Services. According to polls, such a levy has some support, even though it is simply an income tax increase by another name and would leave Labor wide open to the charge of duplicity.

Death and gift taxes—of which Australia has none—are favoured by some tax economists, but Labor seems unlikely to open that political hornet’s nest.

Labor’s tax backflips are welcome but leave unresolved the issue of whether Australia is to be a relatively low tax country or one of high government spending. We are currently both but cannot remain that way forever. It is not only the Labor opposition that has some explaining to do on that issue.