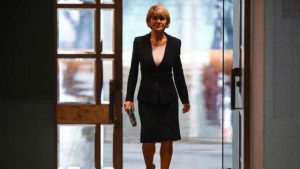 Gender quotas have been a hot topic, but while they will increase the quantity of women they are not a magic bullet solution to improve the quality of parliament.

It’s certainly a concern that the government cannot currently manage to field more than a parlous 12 females in the 150-seat House of Representatives.

And there is plenty of international precedent for quotas across half the OECD countries, but precedent alone is not a sufficient justification.

Quotas will not solve the main problem: the lack of meritocracy in selecting political candidates.

Quotas are opposed because they undermine meritocracy in selecting candidates, yet it is the absence of genuine meritocracy that often prevents capable, talented women from diverse backgrounds having a fair opportunity to be pre-selected.

Indeed, many candidates — across all parties — are not selected on clear merit, especially for winnable seats.

They are often the products of factions, powerful unions, or selected as a ‘reward’ for years of loyal service to their party; not because of their professional credentials or genuine commitment to public service.

For example, gender quotas used by the Australian Labor Party have not addressed concerns about the diversity or quality of their electoral candidates — especially those who jump straight from a union career to political life.

And this relates to another problem: the rise of the ‘career politician’ in Australia, as criticised by both John Howard and Bob Hawke.

To the average Australian, winning pre-selection for a political party seems more like playing a game of curling crossed with ice hockey: a brutal contest with convoluted rules and as much going on in the dressing rooms as in the public arena.

And there is little incentive for talented and intelligent women — busy with their careers and families — to tolerate such rules, especially when they consider the trade-offs.

Nevertheless, it is likely we would see more women choosing to enter parliament, if the principle of merit was applied more evenly and transparently — particularly within the ‘old-boys’ ranks.

But would a quota system ensure that talented, capable women are no longer overlooked for pre-selection in winnable seats? Not at all.

Capable women — from lawyers to factory workers, teachers to bureaucrats — are perfectly well-qualified and suited to run for public office. But quotas will do little to help them, if pre-selection is still biased in favour of political insiders and hacks.

While hackocracy still reigns over meritocracy, it makes sense that the Australian public is cautious about the idea of electoral quotas; perhaps signalling they understand intuitively that quotas are not guaranteed to fix the problem.

To promote true merit, we need a change in political party culture, so capable people — of whatever gender — have a fair opportunity to win pre-selection based on their experience, talents and values alone.

Indeed, it should be the norm for parties to head-hunt talented, capable candidates who have no prior political connections.

While quotas sound like the neatest, simplest solution, they will not guarantee a fair go for talented people in seeking pre-selection — and that is the real problem.

Eugenie Joseph is a Senior Policy Analyst at The Centre for Independent Studies.