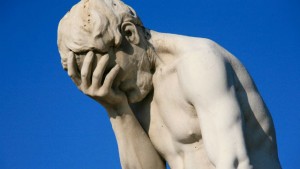 In the wake of the ascendancy of Trump, Libertarians are being told to ally with the Left to oppose the new authoritarians. We are told that we shouldn’t criticise university students for their over-reaction or explain to the Left that they must bear some responsibility for the rise of Trump and how he might wield power.

This is wrong. Here’s what Libertarians should say: “you want to be in our coalition? You need to understand you are a big part of the problem. You have to learn why progressives fought for hundreds of years to protect rights like free speech and free assembly that you have been riding roughshod over for decades. And you have to do both those things first.”

Because if they don’t, in four or eight years when America goes blue again, it will immediately return to slow creeping growth of executive government. Then, having served their purpose, Libertarians will again be out in the cold.

Many on the Left supported Obama’s attempts to bypass Congress to undertake action on Climate Change, on the regulation of guns, on the minimum wage, on the economy, and his pledge in the 2014 State of the Union address to implement a year of action with or without congress.

Obama promised to systemically bypass the checks and balances inherent in the separation of powers — and a bunch of the people now bleating about the need to limit the power of the president cheered him every step of the way.

This extends well beyond the American Left. Look at the safe space culture in UK universities. In Australia, just days after Trump’s election, the Australian Greens again voiced support for a plan to punitively tax poor people for having a bottle of soft-drink. In 2012 Julia Gillard tried to install a government funded media watchdog.

Tell me again that the alt-right is the only threat to our freedom?

Trump is an opportunity for those interested in smaller government to convince progressives that their push towards centralising and increasing power in the hands of government was a horrible mistake. A paradigm shifting opportunity like that may not come around again for another 30 years.