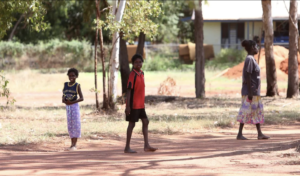 This is part of the reason decades of attempts to address Indigenous disadvantage have fallen short of accomplishing the outcomes needed to fix the ongoing raft of problems. Indigenous Australians in regional remote areas still face dire circumstances.

The latest research, as revealed in my report for the Centre of Independent Studies, Worlds Apart: Remote Indigenous Disadvantage in the Context of Wider Australia, highlights the vast gap between communities with a high proportion of Indigenous population and the rest of Australia.

This disparity is common knowledge to those who live in remote areas. But the rest of the nation also should be concerned that billions of dollars and reams of policies intended to tackle disadvantage are failing.

One obvious area where no improvements have been made since Closing the Gap was first initiated is in life expectancy rates, with a seven-year difference between the cities and the bush. Indigenous women in remote communities live up to 69.6 years on average, compared with Indigenous women in cities at 76.5 years. Indigenous men in remote communities live to 65.9 years on average, compared with Indigenous men in cities at 72.1 years.

The research also highlights the astronomical crime rates. Across all states and territories examined, crimes occur at twice the rate or higher for non-urban communities with 50 per cent or more Indigenous population. Alarmingly, in some states and territories, domestic violence and assault far outstrip the rates of all other crimes.

We cannot allow these disparities to continue, and the focus for improving Indigenous disadvantage should be placed where it is most needed — in places where it actually exists.

As highlighted in the Yothu Yindi Foundation’s 2017 submission to the Productivity Commission’s inquiry into GST allocation, funding has been ineffective in alleviating disadvantage because it is allocated where there appears to be more people identifying as Indigenous as opposed to Indigenous people experiencing greater disadvantage.

This approach to addressing Indigenous disadvantage continues despite the recommendations of better ways of approaching policy — ones that allocate funding to target need rather than simply on the basis of Indigeneity.

The Closing the Gap plan has done little to address disadvantage for Indigenous Australians living in remote and very remote communities. Yet our leaders forge ahead with disconnected, politically correct policies for placing Closing the Gap responsibility in the hands of the same Aboriginal organisations that have failed to address disadvantage for the past three decades. And part of the problem is that the people who have been making the decisions, designing the policies and allocating the dollars are far removed from the regional and remote areas where disadvantage is greatest — and is entrenched.

The gap between remote Indigenous Australians and the rest of Australia, including those in our cities who identify as Indigenous, will not close as long as every Aboriginal Australian is treated as though we are disadvantaged because of our heritage. The gap will close once we choose to focus on the true causes of disadvantage and are all treated like Australian citizens. Until that happens, the disparity will increase in an ever-widening chasm.