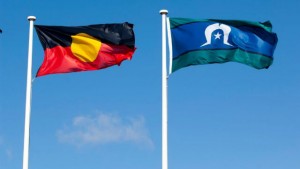 And in light of recent news about the appalling suicide rate of Indigenous Australians, with children as young as 7 showing signs of suicide ideation, it is more important than ever to also showcase positive stories of Indigenous resilience and survival.

The federal government funds organisations — including its own government departments — to help celebrate NAIDOC week, and has provided more than 1000 NAIDOC grants totalling approximately $10 million since 2009.

My 2016 research into Indigenous programs and funding found the third-highest number of Indigenous Advancement Strategy grants (291) went to activities under the Public Awareness Programme, though the total value of the grants was relatively low ($483,816). The low value reflects the fact that a large proportion of the grants were for NAIDOC week activities — which typically consist of very small grants between $500 and $3,000, with an average grant size of $1,662.

No doubt there is a high level of administrative burden for these small grants and while nobody should begrudge the grants going to Aboriginal organisations to help them showcase their culture to the wider community, there is questionable value in giving money to government departments so they can have a morning tea to celebrate NAIDOC week.

These types of tokenistic activities do little to help foster better relations between Indigenous and non-Indigenous people. Rather than the government providing funding to its own agencies for such events, the money would be better spent on trying to address some of the problems facing Indigenous communities, such as high suicide rates.

There has been a review of the Indigenous Public Awareness Program and the funding for NAIDOC week, but like many evaluation reports, the findings of this review have not been made public.
We can only suspect this is because the review suggested a waste of public resources. Instead of the public coffers being used to fund morning teas, the government should ensure funding for NAIDOC week counts for something.