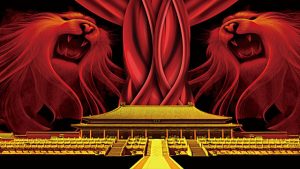 Forty years ago, the Chinese Communist Party under Deng Xiaoping made a historic decision to allow market forces to play a greater role in the economy, permitting private enterprise to emerge and opening up to foreign trade and investment after decades of isolation.

The result was stunning: sustained double-digit growth and an unprecedented eradication of poverty, transforming China from an insular backward country into a global economic powerhouse.

But the era of ‘miracle’ growth is over. The economy has slowed, with three main views emerging on China’s future trajectory: it is still growing but naturally slowing; it is verging on financial collapse; and it is stagnating. In the first of two special features in the Autumn issue of Policy, Derek Scissors argues that the evidence points to stagnation.

Yet the party has become much less reformist, promoting state-owned banks and enterprises as the main driver of growth and launching a massive domestic stimulus during the 2008 GFC that led to rising debt but not greater productivity.

The politics of reform are evident in Xi Xinping’s efforts to offset declining growth and deflect social unrest by rallying around the ‘China Dream’ of national rejuvenation and regional integration via the trillion-dollar Belt and Road Initiative (BRI) — an ambitious network of Chinese-built ports and railways linking China to Europe and Africa via land and sea routes.

The BRI serves important domestic goals, but geopolitical ambition is also indisputable. As David Martin Jones argues in our second special feature, the BRI is the roadmap to the ‘China Dream’ of regional — if not eventual Eurasian — hegemony based on China’s market heft and capital investment. The ultimate aim is to create a Sinocentric trading area where peace will prevail but on Beijing’s terms, as per the South China Sea dispute.

While US President Trump turns inward to ‘make America great again’, Xi Xinping looks outward to ‘make China great again’ by seizing a window of opportunity to lock in advantages before the stagnation scenario really bites. The next decade or so is thus likely to be a bumpy ride.