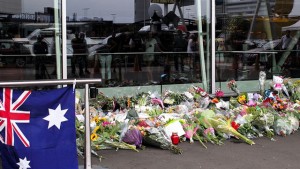 This week marks a year since the Malaysia Airlines flight MH17 was shot down over Eastern Ukraine, killing all 298 people on board, including 38 Australians. In a twist of tragic irony, the village of  Grabovo, on whose rolling fields the bodies lay scattered, is only one letter away from having the Russian word for ‘coffin’ (grob) in its name.

Although the official investigations are yet to conclude, by now it is clear this catastrophe was the result of a mistake by the pro-Russian rebels in Eastern Ukraine who thought they had brought down a Ukrainian military plane.

To argue that the instability in Ukraine is entirely Russia’s fault is to overlook the culpability of EU, whose hollow bureaucratic rhetoric led the Ukrainian people to fight for a European future that was never really open to them. And it is to ignore the agency of the people and government of Ukraine.

But the rebels’ horrific mistake would not have been possible without the Kremlin, whose arms and underhand support for the separatists have fuelled the devastating conflict in Ukraine, which so far has claimed more than 6,500 lives.

Those expecting Putin to mark the anniversary of the MH17 crash with heartfelt mea culpa will be left disappointed. He is, after all, the same man who took five days to interrupt his summer holiday as 118 sailors of the Kursk submarine suffocated at the bottom of the Barents Sea in 2000. (His chillingly dismissive response to Larry King’s question of what happened was a smirking, “It sank.”)

And he is also the man who has never been more domestically popular. Kremlin’s belligerence in the region has helped Putin’s approval ratings soar to 89%, even as the West’s retaliatory economic sanctions have sent both the rouble and living standards into freefall.

Stalin famously quipped that one death is a tragedy, a million is a statistic. As the world reflects in horror this 17th July, we are likely to be met only with Putin’s unflinching, botox-paralysed face.

It is just another day in Russian politics.