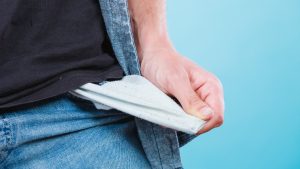 Once again, politics in Canberra has triumphed over good policy — with young Australians the latest casualty.

To pass its superannuation reform package through the Senate, the government on Thursday abandoned an important component of the reforms that would have helped young people in a practical way.

For too long, an opt-out system has resulted in the automatic deduction of life insurance premiums from young workers’ super accounts — often without their knowledge.

And because super is compulsory, many of them have accrued multiple low-balance super accounts from working different jobs; accounts that are eroded over time by insurance premiums, as well as administration fees.

Of course, part of the problem lies with young people finding it difficult to care about their super so far out from retirement.

If they took a greater interest, they might realise they could save a lot of money; by consolidating their super accounts, for example, or by cancelling their insurance cover if they don’t need it.

This neglect comes at a serious cost to young workers — potentially thousands of dollars in lost income over a lifetime. Obviously, you wouldn’t allow a stranger to take a $100 note from your wallet every year without your active consent. So why are insurance fees any different?

And unfortunately, this apathy is precisely why super funds can get away with deducting fees from super accounts, with few consequences.

But given young people are forced to sign up to superannuation, it is unconscionable to then sign them up for other things they never asked for. Any add-ons to superannuation — such as life insurance — should be opt-in only.

This is why the government’s super reforms included the introduction of an opt-in system for insurance  that could have saved Australians up to $3 billion each year in insurance premiums.

If anything, these changes didn’t go far enough, as the opt-in rules would have only applied to workers under 25, with new accounts, and those with low-balance or inactive accounts.

Nonetheless, the government couldn’t persuade the Senate to support most of these changes, although the Senate did pass the government’s other super reforms to crack down on administration fees and inactive accounts.

And while the government plans to re-introduce the insurance reforms as a separate bill, it appears unlikely to succeed through Parliament.

Sadly, this latest cop-out on sensible policy is evidence that politics matters more than the wellbeing of young Australians.