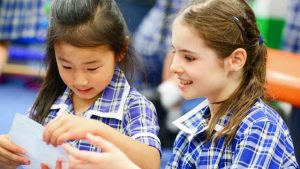 The mental gymnastics displayed by some people in order to blame school choice for Australia’s education woes never cease to amaze.

A recent OECD report on school choice and equity indicated Australia has one of the most ‘segregated’ school systems in the OECD. This just means schools tend to have less diversity of student socioeconomic background — not that they are practising apartheid.

And if we look at education equity in terms of what actually matters — the effect student socioeconomic background has on achievement — then Australia’s equity is actually slightly better than the OECD average. So finger-wagging at selective and non-government schools for harming disadvantaged students is baseless.

Besides, even if all selective and independent and Catholic schools closed down, it would just mean more high income families would move to areas with the best government schools (raising local house prices) — so social stratification between schools probably wouldn’t reduce, unless we’re going to build a wall between school catchment areas to stop anyone from ever moving anywhere.

School choice can potentially reduce community residualisation because parents don’t have to leave neighbourhoods if they aren’t satisfied with the local government school.

It’s also a furphy that the non-government sector takes funding away from the government system.

According to the Productivity Commission, between 2007-08 and 2016-17, government schools received an 11% real per-student funding increase.

It’s been argued this was only a minor increase, because if teacher wages growth is taken into account then schools on average don’t actually have much more discretionary spending. But this notion — that extra school funding spent on higher teacher salaries doesn’t count as extra school funding — fails the common sense test.

The reality is funding has increased for the government system. While some state governments have chosen to spend the additional money on higher teacher salaries, the fact remains much more is being spent on government schools.

In any case, the government funding received by non-government schools means they can keep their fees affordable for many middle and low income families, so taxpayers don’t have to fund the full cost of education. For example, new financial modelling by Ernst & Young estimates Catholic schools in NSW save taxpayers $480 million per year in recurrent funding.

No one is helped by pitting government against non-government schools.