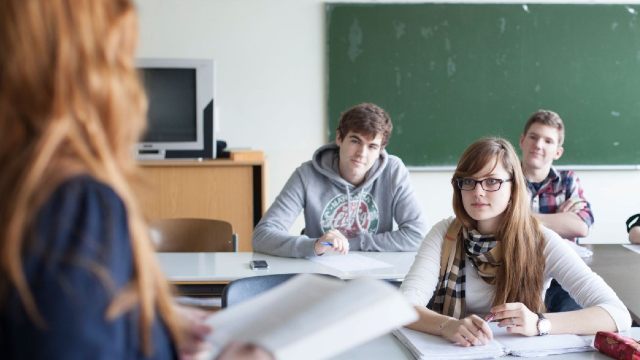 Despite the Berejiklian government’s  ‘back to basics’ rhetoric, the NSW curriculum review is proposing a radical overhaul that isn’t based on evidence, but will make life more difficult for teachers and students.

The curriculum definitely needs to be improved. But while many of the minor proposals of the latest review are sensible, the suggested major changes will make matters worse.

The most radical proposal is to move away from the normal year-level curriculum to an ‘untimed’ curriculum, so it will “not specify when every student must commence, or how long they have to learn, the content of each syllabus.”

This would remove any absolute standard for what all students should be expected to achieve in each year; yet another downward notch for the already-low expectations in our school system.

Teachers’ work in the classroom will be made harder because apparently they will need to — somehow — deliver lessons to students working on different syllabi within the same class, depending on their progress. It’s already a constant challenge to teach lessons to students with differing abilities and progress when covering the same syllabus.

How could a teacher possibly be reasonably expected to teach many different topics at the same time in one class and track each student’s progress against different standards? It’s a recipe for even more red tape for teachers, who already suffer from a heavy administrative burden.

Proof that this idea isn’t a practical one is that the review cannot point to any high-achieving school system, anywhere in the world, that has an ‘untimed’ curriculum. Not one.

Another proposal is that the HSC will have less emphasis on exams and introduce a “major project” for each Year 12 student.

But take-home assignments like this are far less fair than exams in demonstrating proficiency of a subject. For example, students from disadvantaged backgrounds would have less access to parental help or tutors at home for their major projects. This would undermine the integrity of the HSC — which is arguably the most rigorous Year 12 certificate in Australia — and negatively impact disadvantaged students in particular.

The review itself acknowledges these potential equity problems, and the best it can say in response is that they are “probably not insurmountable.” So that’s alright, then?

The NSW government’s response to the proposals for an untimed curriculum and major projects for the HSC has been “support in principle” but “further advice will be sought.” We can only hope this is bureaucratic code for “not going to happen.”

A review is one thing, government policy is another. The NSW government has only itself to blame if it implements the review’s recommendations and school results fail to improve — or continue to worsen — despite more taxpayer funding.