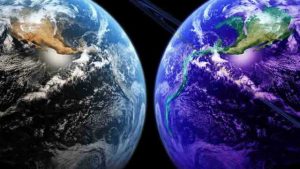 I for one won’t be voting on Saturday! That’s not really much of a protest since I can’t yet vote in Australia anyway… but I will witness my first Australian federal election since moving from the United States. And I am certainly hopeful for a Democracy Sausage.

Although the election is tomorrow, I have found a tremendous amount of similarities between the US and AU in how we interact with each other leading up to the poll.

For instance: last weekend I set out for my usual long run, this time from The Spit to Manly and back (I hear whispers that the area is in a somewhat contested seat this year).

Along the path I passed by hordes of walkers; some who knew the correct side of the path to stay on, others needing a bit more persuasion. Unable to tell what their twitter handles or political mythologies were, I was unable to throw at them their deserving epithets as voters of the wrong tribe.

Triggered as I was, I reluctantly treated every walker as a human, tolerating their ignorance of taking up an entire path capable of fitting us all, and their grotesque political tribalism.

“Excuse me…runner on your right…ta…thanks”… I couldn’t believe what I was saying. These people could have been voting for the wrong tribe! What if I passed a Nazi in need of a punching?

Afterwards, I went to snag a timely Mother’s Day present for my wife (and was very glad to have a Sunday running ritual  the best cover for having forgotten the present in the present!).

At the florist, much to my chagrin, there were no political signs, or tribal slogans, not even a “#” to nudge me in the right direction. Just flowers that came in red, blue, green, yellow, and hundreds of other colours. Thousands of blossoms were blooming, as they say.

Just like in the US, the social media escalation of threats and slogan chanting would have you believe the end is nigh tomorrow with this election.

However, outside the so-called ‘social’ media, what I saw this past week were thousands of people around me going about their daily business, trading, exchanging, and even fraternising with the enemies that we find (or have already blocked) on our social feeds.

It’s as if in the US and AU there is a world that exists where we already tolerate each other, cooperate thousands of times a day with each other, and slowly improve our small communities around us by looking inwardly — not demanding of others.

Do these people I meet every day in the US and AU not realise how much they are failing to personify the evil we supposedly have to be!? #auspol