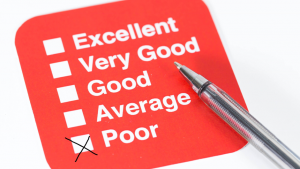 Parents are generally satisfied with how much money their child’s school has, but they don’t agree with how it is spent. If that sounds familiar it’s because it echoes what the CIS has been arguing for years.

The results of a national survey of more than 1,000 parents (relating to 1,394 children) — revealed in the CIS policy paper released this week: What Do Parents Want from Schools? — show that 88% of parents believe their child’s school has enough or more than enough funding. This includes 86% of parents with a child in a government school.

This cuts against the dominant education policy discourse — driven by the union movement and progressive educationalists — which both major parties have swallowed hook, line and sinker.

It is already clear that huge increases in public funding aren’t delivering educational improvements. This new research also shows that it is also not what parents want either.

The unions have rallied — and largely won — for money to be spent on endlessly reducing classroom sizes (presumably unsatisfied until we are practically educating one-to-one), increasing teachers’ pay (presumably until it’s in line with doctors), and amassing an army of support staff in schools.

In contrast to these priorities, parents say that they want to see better facilities and more extra-curricular activities offered at their chosen schools. This could be because funding for capital works is around one-eleventh of that of the spending on staffing. And extra-curriculars are generally paid for out of parents’ own pockets and in their own time.

The research also found that a considerable proportion of parents regret their choice of a school for their children, with around 40% saying they either would not choose the same school again or were unsure if they would.

This means that around 1.6 million students are enrolled in a school that their parents aren’t happy with. However, some appear to be more happy than others.

Unsurprisingly, those that felt limited in their choice — around two-thirds of surveyed parents — are less satisfied with the school their child is in.

And parents who sought independent sources of information to help with their choice of school — like meeting with school staff, visiting school websites, and checking the MySchool website — are more likely to be happier with their choice. As the old adage goes, more informed shoppers are happier shoppers.

When it comes to school funding and school choice, this research is a poor report card on policymakers in state and federal government. It’s past time for government to listen to the message that parents want to see a spending shakeup and that more choice is indispensable to educational improvements.