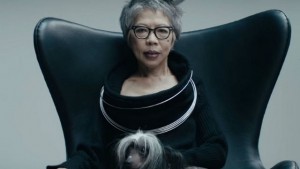 Australia Day looms, and once again the nation is embroiled in a heated debate about Meat and Livestock Australia’s lamb ads.

The interesting thing about this year’s fuss is not that the 2016 campaign has become the most complained about advertisement in Australia’s history, but that MLA has successfully transformed consumption of one its products into patriotic duty. Forget a marketing coup: in 2016, even mild indifference to chops nears risking prosecution under Part 5.1 of the Criminal Code Act.

Of course, loving lamb is just one of our solemn obligations as citizens this Australia Day. Here are some others:

Putting things on the barbie

Tied to our duty to eat lamb is the requirement to cook it outdoors. Ideally, this should be performed only by family members who are incapable of even boiling an egg. This ensures the meat surface is transformed into a charcoal bark but the inside remains raw. As the Australian Constitution reminds us on every page, this is exactly how the Fathers of the Federation intended us to eat.

Quarrelling about the Australian flag

It would not be Australia Day without a national argument about the relevance of our flag.  For one day every year, litres of ink are spilt in violently debating whether we need a new one. A series of pundits are trundled out to rubbish the idea, and then on January 27 we return to the real world without another whisper about the flag until next Australia Day.

Since the dawn of the Federation, it has been a cherished Australian tradition to cheer on Lleyton Hewitt as he jousts in the Australian Open — and then act surprised when he is defeated on day two. With Hewitt’s ageing bones now disintegrating into dust, 2016 is his last year at the Open. To miss it would be tantamount to treason.

Now go and have a chop, please.