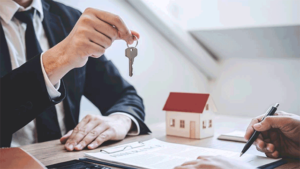 After months of rising house prices, government regulator APRA has finally stepped in to combat this scourge. They have decided to take the heat out of the market by making it harder to qualify for a loan.

In accordance with APRA requirements, banks assess the ability of borrowers to repay loans against a minimum interest rate buffer. This tests whether a borrower could still afford the loan if interest rates rise. Prior to this week the buffer was 2.5% — APRA has now increased this rate to 3%.

First home buyers and those without high incomes or financial backing in particular will feel the impact of this change.

You know those underserving marginal borrowers — the ones suffering most with rising house prices. The ones Housing Minister Michael Sukkar was this week boasting about helping enter the housing market in large numbers.

Housing affordability is a policy issue that touches many different areas of society. It is relevant to decisions on family formation. It is a measure of the wealth of homeowners, and the indebtedness of borrowers. It is a key pillar of comfort in retirement. There are negative consequences for those locked out of home ownership, and forced to rent long term.

Of course, although APRA is worried about the impact of ‘rapidly rising house prices’ on borrowers, its main focus is financial system stability, not consumers.

While there are undoubtedly significant negative social and financial consequences of loan defaults, the multi-faceted nature of the problem suggests that a regulator focused on just one of these limbs is not the best body to address the issue.

Another obvious question is why APRA is better placed than lenders to assess whether borrowers can pay back their loans. Why mandate a minimum interest rate buffer at all?

Not only are the lenders are dealing with the clients directly — and so have access to whatever information they need to make an informed judgement — they are also highly motivated to ensure that borrowers can pay back the loans.

It seems like an inherently bad idea to base your policy around stopping willing borrowers and lenders from entering into mutually beneficial transactions.

Beyond this, it’s worth asking why 3% is an appropriate figure — given it bears little resemblance to the historical pattern of interest rate rises.

Since 1990, there have been four periods of sustained RBA cash rate increases. Two of those instances (October 2009 to November 2010, and November 1999 to August 2000) saw total increases across the period of less than 2%.

Two other periods remain. One period between August and December 1994 where interest rates went up 2.75%. This was a substantial increase, but interest rates had fallen by more than 12% in the previous five years, so it likely doesn’t reflect current conditions particularly well.

The only time in the last 30 years interest rates have risen by 3% is between May 2002 and March 2008; not exactly a period well known for housing defaults. In fact you may remember it as the ‘Mining Boom Mark 1’.

But these are not the only reason raising interest rate buffers is not the best way of addressing rising house prices.

The biggest fault is that this is yet another policy aimed at managing demand for housing. And, as my colleague Peter Tulip and others have demonstrated extensively in recent years, the problem is not on the demand side, but on the supply side.

To be specific, by far the biggest issue contributing to high house and apartment prices is restrictive zoning practices. Tulip and Kendall estimated zoning added 73% to the cost of housing in Sydney and 69% in Melbourne.

As The Economist noted: “no one needs any more papers showing that stringent zoning regulations raise housing costs. It is time for solutions.”

Yet time and time again, governments attempt to intervene to regulate, manage and reduce demand, rather than make the housing market supply more responsive to increases in demand.

Perennial favourites include first home owner grants — which flow directly through into higher prices — or tax concession-focused policies like reducing or abolishing the capital gains tax discount or getting rid of negative gearing.

Despite their popularity as scapegoats on the left, empirical studies suggest these tax concessions only increase house prices by somewhere between 1% to 4%. Given that median house prices have been increasing at around 1.5% per month across 2021, these policies actually have an almost negligible effect on housing affordability.

If even a fraction of the effort that goes into advocating for tax increases went into accessing the effectiveness and cost of planning policy at the local council level, housing affordability would be a problem well on the way to be solved.

Indeed, one of the best things the federal government could do in this space is to establish clear benchmarks and research on what is working or not working in the planning systems of our major cities.

They could also use tied and conditional funding to incentivise reform. Specifically, it could allocate greater infrastructure funding for states and councils that are increasing density and building more housing.

These policies would also do far more to improve financial system stability — and high levels of household debt — than tweaking lending criteria.

To be fair, regulators and bodies like APRA and the RBA are trying to act on housing affordability because of a lack of effective action at the local government, state and federal levels.

Recent inquiries in NSW and at the federal level are welcome, but there are strong forces are arrayed against supply side solutions. Courage will be needed.