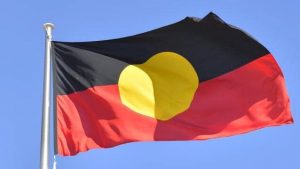 The biggest obstacle facing the campaign for Indigenous Constitutional Recognition remains the lack of detail concerning role and operation of the proposed Voice to Parliament.

Supporters of Recognition who dismiss so-called scaremongering critics concerned about the creation of a ‘third chamber of parliament’ – on the grounds that the advice given by the Voice will be non-binding and Parliament will therefore remain supreme – ignore what’s really behind the Recognition movement: the politics of Indigenous affairs.

As the CIS Director of Indigenous Research, Jacinta Price, has argued, there is every reason to think the Voice will empower “those who have managed to take advantage of the plentiful resources available in the Aboriginal industry… without effecting much change for the most vulnerable.”

This is why Recognition has vital implications for the future direction of Indigenous policy.
The major institutional consequence of the policy of Aboriginal self-determination implemented in the 1970s was as the creation of the industry of ‘Aboriginal-controlled’ organisations responsible for delivery of taxpayer-funded health, education, and other services in rural and remote Indigenous communities.

The chief Indigenous policy innovation of the Practical Reconciliation era under the Howard Government was to replace the ‘separatist’ approach to Indigenous communities that had prevailed during their descent into chronic dysfunction.

This shift toward the ‘mainstreaming’ of Indigenous services was marked by the abolition in 2004 the corrupt and failing Aboriginal and Torres Straits Islander Commission (ATSIC).

This was followed by the 2007 NTER (Northern Territory Emergency Response), which saw a federal government taskforce take responsibility for the administration of failed Indigenous communities, and also led to the continuation of the Howard government’s mainstreaming approach via the Close the Gap strategy implemented under the Rudd Labor government in 2008.

The rethinking of the separatist approach in the 2000s posed a mortal threat to the funding and future of the ‘industry’. Little wonder that Indigenous leaders and organisations have invested so much time and energy over the last decade promoting Recognition; this is about far more than mere symbolism.

In the 2016 book, The Forgotten People, Shireen Morris of the Cape York Institute explicitly set out the kind of allegedly “unfair and ineffective” policy that a Voice would seek to intercept by operating as a restraint on parliamentary power over Indigenous affairs:

The Northern Territory Emergency Response, for example, intended to address Indigenous suffering and disadvantage, but many Indigenous advocates objected that it was implemented without adequate consultation and thus that it was discriminatory. The proposed closure of remote Indigenous communities in Western Australia is another contemporary example: inadequate Indigenous involvement in political discussions concerning their affairs leads to feelings of unjust discrimination among Indigenous people.

This is a preview of what can reasonably be expected to be the political consequences of Recognition.

There is every reason to think that the ‘industry’ conceives of Recognition, in practice, as an inherently political instrument to oppose policy changes.

By functioning as such a mouthpiece, the Voice would have a powerful, permanent platform from which to shape the political narrative around Indigenous affairs, and persuade parliament to withdraw any policy against its interests by claiming these measures are unfair and discriminatory.

Such demands would inevitably be backed not only with the moral force of a constitutionally-enshrined representative body, but with morally intimidating claims of ‘racism’.

For if Parliament appeared to be unwilling to listen to the Voice, this would be sure to generate accusations of a return to pre-Recognition days, and to colonial-style times of ‘paternalistic’ administration of Indigenous affairs.
By these means, the real world operation of the Voice would, in effect, resemble a third chamber.

This is based on the forthcoming essay, ‘Anything But The Forgotten People: The Conservative Case for Indigenous Constitutional Recognition – A Dissent’.