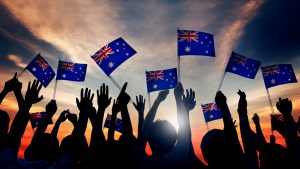 Ever since the stunning 2016 Brexit vote in the UK and the Trump election victory in the US, pundits have wondered if the same kind of political disruption and social polarisation could happen here.

Could an anti-immigration backlash fuel the kind of populist insurgencies that are displacing the political establishment in other countries?

The fear is that Australia, too, is coming apart along socio-economic and geographic lines. Wealthier ‘elites’ and ‘ordinary’ voters are assumed to share little common ground on issues such as the size of the immigration intake and its impact on urban congestion and house prices

However, our latest research — including polling about attitudes to immigration in the nation’s top 10% and bottom 10% of metropolitan postcodes based on income and education — found Australians are not starkly polarised on the topic; and are actually more similar than different in their attitudes to the issue.

Across postcodes, there was strong support — with very healthy majorities — for reducing immigration until infrastructure catches up with demand, implementing stricter English language and Australian values requirements to promote integration, and maintaining strong border protection policies.

The most significant finding — especially in light of the Prime Minister’s decision this week to cut Australia’s migrant intake by 30,000 places — is that there was broad agreement and majority support, regardless of postcodes, for relieving congestion and population pressures.

In the top postcodes, 65% of residents, and 77% in the bottom postcodes, agreed that immigration should be cut or paused until struggling transport, schools, and housing infrastructure catches up with demand.

The good news from our polling is Australia does not appear to be in imminent danger of experiencing toxic social polarisation and political disruption over immigration based on conflict in attitudes between elite and ordinary Australians.

However, the crucial implication for immigration policy is that policy makers need to respect and represent the concerns that are shared by the majority of metropolitan voters.

If the immigration program is to retain public support — and thus remain politically sustainable — governments must respond to public concerns about urban congestion and social cohesion; concerns that are shared by Australians at the top and the bottom of the pile.