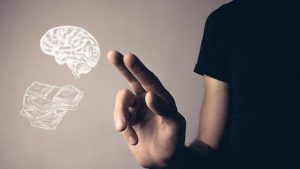 The furore over dividend franking credit refunds is bringing out the worst in our politicians. The Coalition is running a parliamentary inquiry that has turned into an endless circus parade of victims; and Labor is camouflaging a revenue grab with false claims to principle.

Bill Shorten says the principle of franking credit refunds is a “crazy” one — never mind that it was praised by Labor in opposition when first put into practice in 2000, and subsequently preserved by Labor in office.

The principle Shorten claims as the right one is that a taxpayer should not receive a tax refund if they have no tax liability in the first place. This may have superficial appeal but does not withstand closer scrutiny, as outlined in our policy paper Dividend Franking Credit Refunds: principle vs revenue, published this week.

Refunds are an integral part of the imputation system and rest on the same principle, which is far from crazy. The purpose of imputation is to avoid double taxation. It does so by ensuring that franked dividends are taxed at the recipient’s marginal rate after taking into account the company tax already paid on the associated profits.

Whether the franking credits are a credit against other tax payable, or a refund, is immaterial to their essential purpose of giving effect to a full imputation system.

The Coalition seems unwilling — or unable — to make this principle-based case. A circus parade of victims may have more political traction, but the tax system should be designed around sound principles consistently applied.

Chris Bowen must know that, but can’t see past the claimed $5 billion a year in extra revenue snatched from a group he thinks he can get away with portraying as ‘undeserving’.