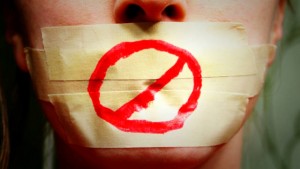 Flawed ‘hate speech’ laws are a threat to free speech. The bill introduced by Victorian MP Fiona Patten – which would make statements deemed ‘likely to incite’ vilification of racial and other minorities illegal –  is an example of legislation that threatens free speech by significantly weakening the vilification threshold.

In addition to Victoria, most Australian states and territories are reviewing their vilification laws, in the belief current protections are inadequate and require ‘modernising.’

The best way to protect minorities – while also properly protecting free speech – is to ensure the criminal laws prohibiting incitements and threats of violence are effective.

Inciting and threatening violence has long been against the law. Liberal democracies such as Australia, that have strong traditions of valuing free speech, accept speech that endangers the safety of others should be illegal.

However, there has been a push to expand legislation to ban anything deemed ‘hate speech.’ The United Nations has said they want to “scale up [their] response to hate speech.” Although wanting to stop hatred and bigotry is admirable, such statements should be viewed with caution.

‘Hate speech’ is a broad, vague, and ill-defined notion that would simply catch in the legal net the kinds of contentious speech that some people find offensive or hurtful – or simply do not like.

The vagueness of laws prohibiting ‘hate speech’ or words ‘likely to incite’ could make people fearful of speaking, lest they fall victim to a time consuming and costly legal process.

Australians have the right to express their disagreement with the beliefs of a religion, or identity politics issues – even if this expression is offensive or hurtful.

This is the process of democratic debate. Although uncomfortable, hurtful speech falls short of the physical danger that inciting and threatening violence poses to an individual or group. As author Flemming Rose wrote, “Words might offend or shock, but they can be countered in kind.”

Any law that restricts speech needs to be scrutinised and the NSW approach is obviously not perfect. But it presents a workable model – akin to the old criminal laws against incitements and threats of violence.

By ensuring we have strong criminal laws against incitements and threats of violence, at the state and territory level, we can satisfy the concerns of minorities and protect free speech.

Free speech does not need to be become a victim of poorly implemented and unnecessary ‘hate speech’ laws.