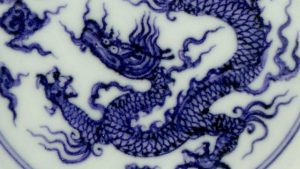 Last November, Australian academic Clive Hamilton made headlines around the world when news broke that publisher Allen & Unwin had dropped publication of his book on Chinese Communist Party influence in Australia.

The publishers cited fears of ‘possible action’ from Beijing, with Hamilton claiming that the prospect of lengthy and costly litigation had effectively led to self-censorship — while also noting the irony that our defamation laws potentially offered the Party a legal way to suppress criticism.

Happily for freedom of expression and informed public debate, Hamilton has since found a publisher — Hardie Grant — and the book went on sale on Monday.

People can now make up their own minds as to whether he provides sufficient evidence to support his claims that undue Chinese Communist Party influence is undermining our sovereignty. This is how debate works in a free and open society.

Hamilton is not a lone voice on this issue. In September 2017 New Zealand academic Anne-Marie Brady released a detailed analysis of Party influence in New Zealand, which sparked widespread international coverage and may have even led to recent break-ins at her home and office.

She warns that New Zealand is the ‘canary in the coalmine’ for small states seeking to protect their sovereign interests whilst maintaining a productive relationship with China.

Other countries are now taking note. Earlier this month, two European think tanks released a joint report — Authoritarian Advance  — responding to China’s growing political influence in Europe, with one of four sections devoted to Australia as a ‘bellwether’.

The authors note that for liberal democracies ‘all areas of interaction are potentially problematic and deserve scrutiny’ because China is an authoritarian regime ‘intent on strengthening a deeply illiberal surveillance state at home while also exporting . . . its political and economic development model abroad’.

We must be willing to discuss honestly and openly the problems that China poses for free and open societies — and that discussion must begin with what China is, not what we’d like it to be.