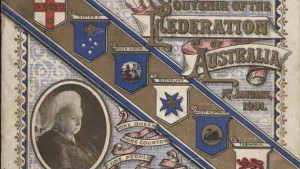 The recent federal budget clearly marks a shift to higher spending and higher taxation; and a retreat from the Coalition government’s previous (at least rhetorical) emphasis on expenditure discipline rather than tax increases. What has been less noticed is the budget’s affirmation — by action if not explicitly — of Australia’s ramshackle version of federalism.

The recent history of false starts towards reform of federalism includes the Abbott government’s federation white paper, which aimed to make the states ‘sovereign in their own sphere’. This raised gave hopes that the Commonwealth might withdraw from state functions and give the states revenue capacities and powers more in line with their spending responsibilities. Regrettably, the white paper project was aborted when Malcolm Turnbull took the reins.

Turnbull was still apparently thinking in the spirit of the white paper when he proposed, a year ago, that the Commonwealth withdraw from school funding and give the states greater revenue capacity to pay for schools themselves. But that idea was also quickly withdrawn.

In contrast, we now have a budget that revels in using the familiar levers of grants and conditions to impose the federal government’s policy will on state functions. That the states are willing accomplices does not alter the fact that the principles of competitive, accountable and efficient federalism are being trashed.

The budget takes Commonwealth involvement in school funding to new heights. Just one other example of the budget’s bossy, Canberra-knows-best tone is the proposal to change the grant for public housing to require the states ‘to deliver on housing supply targets and reform their planning systems’. This begs the question: why should the Commonwealth be involved in public housing at all?

The approach to federalism in this budget is not an historical aberration. It represents a further instalment in the decades-long trend towards more centralised government. Vertical imbalance is now more entrenched than ever, and our federal system further than ever from the principles of competition, accountability and efficiency.

The system will continue to lumber on, but it could be so much better.