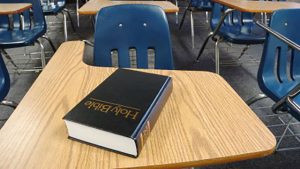 Bill Shorten’s promise to give an extra $250 million to the Catholic school system has been credited as a decisive factor in Labor’s victory in the Batman by-election last weekend. The Catholic Education Commission of Victoria actively campaigned for the Labor candidate, reigniting the war of words between the Turnbull government and some elements of the Catholic education system.

Both the Catholic school system and government school advocates (such as teacher unions) have been rallying against the government’s ‘cuts’ to school spending.

This ignores the facts. Under the Coalition’s Gonski 2.0 plan, real per-student funding for the Catholic school system is going up by 3.7% per year (well above inflation and enrolments) for the next 10 years — and the Catholic system will retain the right to distribute the funding however it likes. Both the government (5.1%) and independent (4.3%) school sectors are receiving large yearly per-student increases as well.

The average increase for each sector is less than it would have been under Labor’s original (unfunded) Gonski 1.0 plan, which was full of ‘special deals’ and funding inconsistencies. While it is reasonable for any group to advocate for more funding, it is highly disingenuous to describe Gonski 2.0 as a ‘cut’.

The Catholic school system should be far more concerned about preserving the right of religious schools to decide who they hire, who they enrol, and what they teach. These freedoms currently rest largely on precarious exemptions to state-based anti-discrimination laws, and are under attack by some activists. Catholic schools should be pushing the major parties — at both state and federal levels — to confirm exactly what their positions are on religious freedom in education.

The priority issue for religious schools at the next federal election should be religious freedom. It would be a shame if it is overshadowed by incessant clamouring about non-existent funding ‘cuts’.