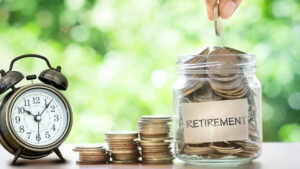 The Retirement Income Review (RIR) conclusions are based heavily on the assertion of a $40 billion a year cost to taxpayers from the way superannuation is taxed; however this is selective and misleading.

In Implications of the Retirement Income Review: Public advocacy of private profligacy, I outline that Treasury produces two estimates — one of $40 billion a year in ‘tax expenditures’ rising at 10% a year, and one of $7.5 billion a year, roughly steady over time. However, the RIR is heavily based only on the high estimate, while the more defensible estimate is the lower one.

The RIR expresses concern that the cost of ‘tax expenditures’ — driven by the concessional 15% tax on superannuation earnings — will grow to outweigh the actual cost of the Age Pension by the late 2040s.

The cost of superannuation tax concessions by the neutral measure of $7.5 billion a year is about one-fifth the claim the RIR uses. By this measure, overall retirement system costs (super plus Age Pension) would likely not rise as a proportion of GDP, despite population aging and rising retirement incomes.

Moreover, analysts have shown the effective tax rate on superannuation earnings is already much higher than the statutory rate and higher even than the RIR’s benchmark treatment.

The methodology for the high estimate is biased against all saving, with the bias increasing with the length of the saving.  Based only on the biased estimate, the RIR suggests that the tax treatment of superannuation is too costly, growing too fast as a share of GDP, and too weighted to those who can afford to save up to the super contribution limits.

In response, it implies policies that would limit compound after-tax returns to super saving and incline each generation towards consuming more fully its own lifetime savings. This is a remarkable inversion of the past 30 years of policy support for greater self-funding of retirement, through building household savings and through them, national savings.

The RIR also suggests government should aim to induce faster and more complete consumption of superannuation capital and housing equity to prevent retirees’ wealth rising and resulting in growing bequests.

Policies to crimp voluntary saving and accelerate retirement spending would create more uncertain retirements and a more fragile economy, more exposed once again to the vagaries of foreign lending and investment that preoccupied policy advisers in the early 1990s.