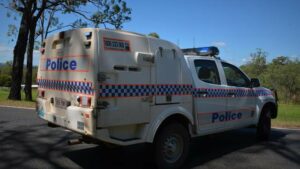 Travel restrictions in Queensland have been recently relaxed. We are allowed to drive 50 kilometres from our homes, and there’s some easing on visiting parks.

This past weekend, just for Mother’s Day, there was a further relaxation; but otherwise, the 50 kilometres limits remain.

That means from Brisbane CBD, you could only drive as far north as Caboolture, as far west as Ipswich and south just to Logan.

Under the 50 kilometres limit you cannot travel from Brisbane north to the Sunshine Coast (90 kilometres), south to the Gold Coast (80 kilometres) or west to the garden city of Toowoomba (125 kilometres).

The real and possibly sensible aim of the 50 kilometres rule, though not articulated by the Queensland government, may have been to limit the number of Brisbane people going to the Sunshine Coast or the Gold Coast so as to avoid traffic jams as often occurs during holiday periods.

Nevertheless, the result was to further punish these tourism regions already pulverized by Queensland’s border controls, curtailed international travel, and the previous other travel restrictions that began during Easter and included banning travel even to your own holiday home (by the way, in Victoria you could).

Of course, the other problem with the 50 kilometres rule is that it is not fair to those in regional Queensland.

Queensland is not only a big place, but also a highly decentralised one. If you live in a regional area (where there are no virus cases), travelling a few hundred kilometres for a day out is not unusual.  If you reside in a small country community, the next large regional centre is often far more than 50 kilometres.

Also, the unintended adverse effects of the 50km restrictions last weekend — with so few destinations near Brisbane to visit —  were congestion, pollution, traffic jams, long queues at coffee shops and over-crowding on our previously abandoned parks and beaches.  Exactly what the medical advice has been warning against.

Queenslanders remain on a tight leash of travel restrictions that have neither a sound basis of policy nor any explained medical evidence.

Scott Prasser is a Senior Fellow at the Centre for Independent Studies.