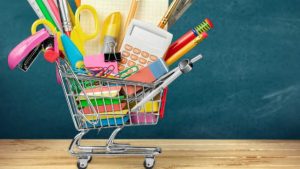 A “serious problem” in education was identified this week: many Sydney parents are choosing to send their children to government secondary schools outside of their local catchment area (the sheer nerve…how dare they choose what they think is best for their children?).

Some people have seemingly forgotten a basic principle: the government school system exists for parents and their children, not the other way around.

If parents don’t think the local government school is providing what their children need — for whatever reason, those parents have the right to choose a different school. And they should be supported in that choice, not sanctimoniously shamed.

As my chapter argues in the recently published  Reclaiming Education: Renewing Schools and Universities in Contemporary Western Culture, we need to reclaim subsidiarity as a basis for how we fund schools.

For example, the policy of charter schools (government-funded, privately-managed schools) should be seriously considered at the state and territory level in Australia. Charter schools have more flexibility to cater to the needs of disadvantaged students in particular and are a way of expanding school choice for low-income parents.

At the end of the day, children have varying educational needs and parents have varying expectations of schools, so ‘school shopping’ is rightly embedded in Australia’s education system.