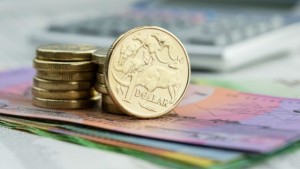 This week’s passing of the government’s major tax package is good news in a number of different ways. Stage 3 of the package will see a substantial flattening of marginal tax rates, with all taxpayers earning between $45,000 and $200,000 (pretty much all full-time workers) facing the same marginal tax rate of 30 per cent.

Prime Minister Scott Morrison, in particular, will rightfully be very pleased: he has made a real mark on Australia’s economy.

The government can no longer be accused of shirking substantive economic reform. And assuming that the tax cuts remain in place to be implemented – which is not a certainty – these reforms will be some of the most substantial since the Golden era of the 80s, 90s and early 2000s.

This was one of the centrepieces of both the government’s 2019 budget and their election campaign, so the fact they have managed to legislate it so quickly is a sign the political system is perhaps not as broken as some of us feared.

For years, the only measure that seemed to matter in terms of tax reform was ‘can we make each element of the system more progressive?’ Other goals of tax reform – including efficiency and simplicity – were abandoned for the simple goal of trying to soak as much money out of the ‘rich’ as possible.

Advocates for lowering the overall tax burden, or for improving the system for existing tax payers, had a great deal of difficulty in getting political attention. Higher taxes, and the so-called rich ‘paying their fair share’ seemed to be all that mattered.

Right up to the end of the debate on these cuts, consistent with this narrative, much of the focus was on how they are supposedly unacceptably regressive. Or how they delivered greater tax cuts than just returning bracket creep – as if that is a bad thing.

Tax cuts should reduce the overall tax burden – anyone who feels they don’t pay enough in tax is always welcome to voluntarily pay more. It never seems to work that way though, does it? It always seems to be about other people paying more. The default assumption that government revenue should only go up is a terrible way to order society.

Moreover, while we are uttering heresies, it actually doesn’t matter that much if these cuts give a greater benefit to high income earners, unless that comes at the expense of low income earners. Taking from the poor to give to the rich is a bad idea, but that’s not what’s happening here. If the package reduces taxes across the board – as this one does – that makes it a good reform.

There is plenty of waste in government to fund a package of tax cuts twice this size. Duplication between federal and state departments, wasteful industry assistance, and ineffective government programs are just some areas where government could reduce expenditure without cutting essential services.

“The fact they have managed to legislate it so quickly is a sign the political system is perhaps not as broken as some of us feared.”

And the tax system after this reform, far from being unfair, will result in the vast majority of full-time workers facing the same marginal tax rate. Back when I was a kid, treating people the same used to be considered fair.

Overall our tax and transfer system remains remarkably progressive, and will become both more efficient and a lot simpler (eventually).

Having dealt with the objections to the structuring of the package, it is worth dealing with one more incorrect objection. The idea that the government will lack revenue in five years to pay for these tax cuts is really grasping at straws.

First, the people making this argument have never once hesitated to advocate for long-term spending, in ever-increasing amounts, with absolutely no concern to future sustainability (for example the previous Labor government’s Gonski reforms). So some consistency would be nice.

But locking these reforms in has created an expectation – which alone may deliver economic benefit – and it will impose some discipline on future governments.

And the aversion to this discipline is the real nature of the objections to these reforms. It will be harder to implement big spending plans in the future. The objection turns out to be pretty simple: if the people have to pay for it, they won’t vote for it.

That’s the lesson of the 2019 election. Labor would do well to learn it.

It doesn’t matter what people say in surveys; when they’re alone in the voting booth and they believe they personally have to pay for additional government spending, many refuse.

But giving taxpayers their money back is rarely, if ever, the wrong thing to do with the surplus. And given the government has managed to balance the budget after 10 years and won an election, they have every right to implement their plans for tax cuts. And they shouldn’t worry about the agenda of a future opposing government.