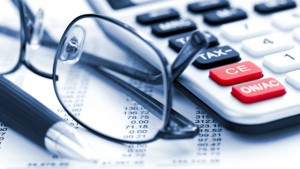 Surplus of $7.1 billion is mostly due to higher tax

The government has announced a small budget surplus of $7.1 billion for the coming year (2019/20) and slightly higher surpluses into the future. While balancing the budget is good news, unfortunately, this has been largely achieved through higher revenue, with tax receipts growing from 21.3% of GDP in 2013/14 up to 23.3% in 2019/20.

Government spending continues to increase, despite rhetoric to the contrary. While the government correctly claims some credit for keeping real spending growth down to 0.7% in the coming year, it should be noted that most of this ‘spending restraint’ has come through parameter variations that are out of their control. Over the past year, the government has actually announced $6.2 billion worth of new annual spending. In addition, the government has committed to $100 billion of infrastructure spending over the next decade, much of which will be outside forward estimates, or off budget altogether.

The government has announced income tax cuts in two stages; which they value at $19.5 billion over the forward estimates (four years) and $158 billion over the next 11 years. These numbers are almost certainly an overestimate, as they fail to factor in behavioural change. The CIS has modelled the long term tax cuts and yesterday released more accurate estimates, based on our dynamic tax model.

Short-term cuts should be scrapped

To their credit, the government’s long-term tax reform is transparent, efficient, and much needed. These reforms involve scrapping the LMITO, increasing the tax threshold for the 32.5% tax bracket from $37,000 up to $45,000, and then lowering the nominal 32.5% tax rate down to 30% (not including the Medicare Levy).  However, this reform also relies on the government staying the course and in power so it’s not guaranteed.

The government had already planned to increase the 32.5% threshold to $41,000, but this has now been extended up to $45,000. People earning below the threshold would pay nominal income tax rates of 19%, plus the Medicare Levy. This tax reform is to be applauded and is a significant improvement over the status quo and the first stage. However, it should be moved forward and implemented immediately.

Bracket creep is still a problem

The government claims their current income tax rates are as follows:

With the updated tax policy announced in the 2019-20 budget, if made into law, the actual tax rates would be as follows, with the changes highlighted in red.