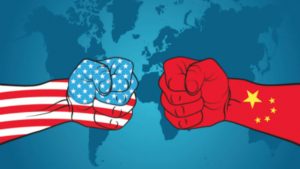 Given the recent news regarding the arrests of Canadian, Australian, UK and US citizens in China — as retaliation toward these countries’ exercise of sovereignty and international rules — it’s clear that the Communist Party of China (CPC) is starting to show its true colour on the international stage.

The prevailing rhetoric for the past few decades has been that the country’s political liberalisation will follow economic prosperity — that if we deepen ties with China, the CPC will gradually embrace democratic values.

But this is not happening in China. And as we wait for this transformation, innocent Chinese citizens continue to perish in prisons and labour camps for exercising their most fundamental rights. Perhaps it is our values — not Beijing’s — that have changed as a result of our engagement.

Growing up in China during the economic boom in a communist elite family, I witnessed the many phenomena of a communist society breaking out of poverty and pursuing commercialisation full force, without the healthy civil institutions of a democratic capitalist state.

At the same time, I was shielded from the knowledge of human rights abuses that were happening right at my front door. Only after coming out of China did I have the freedom to see the brutality that was inflicted upon generations of my compatriots by the CPC.

Australia’s debate should not be centred around whether it should ‘choose China over the United States’ … as has been the focus with much of the recent discussion.

China was never a ‘partner’ — in the sense we usually mean it — with any other country. It is a totalitarian mercantilist state that looks at everyone else as tributary states to be exploited and influenced.

The Australian Financial Review has put the case that China is increasingly reliant on Australian energy and mineral exports, and thus more reluctant to “penalise Canberra for its tougher stance on security issues” — and that stance is the crux of the matter.

The debate should not be about who we ‘partner’ with, but about what Australia should do to protect its vital security interest.

Anastasia Lin is a US-based commentator, actor and model who was refused re-entry into China due to her commentary about human rights abuses. She is the Centre for Independent Studies 2019 Max Hartwell Scholar-in-Residence.