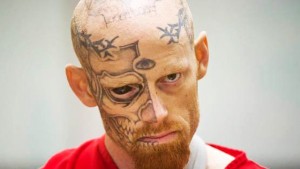 Everyone likes a good play on words and one of the best I’ve come across recently was on the side of a van parked outside my temporary home in Sydney: Renude.

Renude is an enterprise that offers to remove tattoos from those (increasingly many) who have so foolishly disfigured themselves.

I would buy shares in this noble enterprise if they were available for sale, and at the annual general meeting of shareholders I would suggest to its management that it sponsored independent research demonstrating that the possession of unwanted tattoos was a serious burden on the Australian economy and taxpayer.

The research would show that such tattoos were the cause of anxiety and depression leading inevitably to time off work and loss of production. Furthermore, it would show that the tattooed are, by comparison with the untattooed, unemployed for longer. The costs in lost production, and in sickness and unemployment benefits, would be shown to be many millions (or, as we always put it these days, billions).

Alas, many of the seriously-tattooed, having spent all their money on tattoos, cannot afford their removal as well. Why, in any case, should only the rich have their tattoos removed? There is only one solution, therefore: for the government to step in and pay for it out of general taxation. Compared with such proven extravagances as health and education, tattoo-removal is both cheap and effective. It would also improve slightly the aesthetic quality of daily life.

Clearly, the government must act if a looming crisis caused by unwanted tattoos is to be avoided.