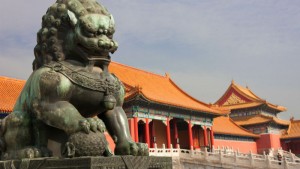 The legacy of recently deceased Singaporean strongman Lee Kuan Yew offers one of the most reliable guides to China’s future.

As Peter Cai, editor of China Spectator, pointed out last week, Lee and his People’s Action Party (PAP) serves as a model of how to retain power and run a country that is still revered at the highest echelons of the Chinese Communist Party (CCP).

Not surprisingly, in a manner reminiscent of Lee’s efforts to ensure uninterrupted PAP-rule, Chinese President Xi Jinping has been busy clamping down on dissent and debate, eliminating political rivals, and launching fresh attacks on ‘Western values.’

However, as Professor Kerry Brown, Executive Director of the China Studies Centre at the University of Sydney, recently argued, the preservation of CCP-rule will depend on not just amassing more power but also shrewdly exercising it.

Accordingly, like Lee’s demand for official rectitude, Xi has made good governance a core plank of his presidency.

In a bid to restore the ‘moral authority’ of the CCP, Xi has moved to head off public discontent through a wide-ranging crackdown on corruption, liberalisation of residency laws (the Hukou system), and initiatives to improve China’s appalling air quality.

Of course, the velvet glove of even relatively enlightened forms of authoritarianism conceals a steel fist.

In a grim reminder of what typified Singapore under Lee and what will likely continue in China under Xi, a Singaporean teenager was arrested for posting an angry YouTube video critical of his country’s late leader and five female activists languish in detention in China for simply planning a protest against sexual harassment.

Like the PAP in Singapore, the CCP might be farsighted enough to reform in the name of good governance without also being brave enough to give the people genuine political freedom.

Dr Benjamin Herscovitch is a Beijing-based Research Fellow at The Centre for Independent Studies. He will be discussing China under Xi Jinping and the implications for Australia with Kerry Brown and Peter Cai at the CIS on 13 April. Register for this event here.