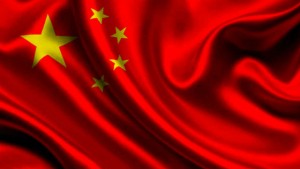 Views that Australia will turn into a utopia under socialism are wildly uninformed, and John Quiggin’s already infamous Guardian piece of just a few days ago painting that rosy fantasy fails to acknowledge both the destructive aspects of socialism and — conversely — the benefits of capitalism.

Centre for Independent Studies research shows that many young Australians have either taken for granted how our society has largely benefited from capitalism, or have not paid attention in high-school economics classes.

Despite Quiggin arguing that the benefits of productivity growth have not been equally enjoyed by everyone, capitalism has enabled millions to escape from poverty and has increased the overall standard of living around the globe.

At home, the poverty rate has decreased from nine per cent in 1988 to three per cent in 2015, and social mobility is high. In fact, the majority of the poorest Australians currently do not remain poor for more than three years.

Furthermore, the free-market economy has become a fertile ground for entrepreneurship, budding creativity and technological innovations that have become a necessity in our daily lives. Groundbreaking innovations to improve efficiency cannot occur when government-owned firms have fewer incentives to take risks.

Favouring a system that rewards the unmotivated and penalises the hard-workers is a recipe for economic disaster. Socialism saps incentives to work, innovate and invest, disrupting the fundamental mechanisms of productivity growth and economic well being.

In addition, claims that the planet will become more sustainable under a socialist leadership are misleading. Wealth generated through market competition provides opportunities to protect the environment through retooling the industries and investing into greener infrastructures. This relationship holds in the current international context. Prosperous economies demonstrate greater effectiveness at protecting the environment due to their more advanced waste management systems.

Prior to Hugo Chávez’s socialist regime, Venezuela was the richest country in Latin America with the lowest level of income inequality. The same story cannot be said today. Excessive government spending, strict price controls and poorly managed government enterprises have laid the foundations for a humanitarian crisis. Basic necessities such as food and toiletries are virtually non-existent, children are dying of starvation and the homicide rate is soaring.

Governments should avoid falling into the same trap as Venezuela and focus instead on devising better policies that ensure economic growth can foster opportunities for all.

Thomas Coppel is a Research Associate at the Centre for Independent Studies.