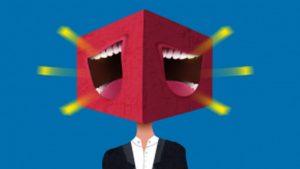 Ernst and Young’s recent report – Stop Talking about the Future of Work – implored radical action of education ‘ecosystems’ (they mean workplaces and educators). In their view, the science is settled, and it’s time for workers, en masse, to drop the hardhat and don the keypad. The time for talk is over and the revolution must begin.

They are right about one thing – it is time to stop talking about the future of work – at least a moratorium. Well-intentioned as engaging in foresight is, in the interim, it can risk doing more harm than good because it distracts from addressing immediate — and urgent — needs.

The best way to prepare for the uncertain future is ensuring today’s systems are robust. This should be the focus for now — rather than thrusting toward a dystopian future.

This means dropping the trendy buzzwords bandied about by ‘futurists’ and knuckling down on rebuilding confidence in vocational education and training (VET).

In recent weeks, both Minister Cash and the Prime Minister have been bullish on VET in ‘delivering skills for today and tomorrow’. For his part, the PM signalled VET’s ‘upgrade’ as a key priority for this term of government.

As Morrison put it, “as our economy is growing and changing, our skills system needs to grow and change with it.” On this, everyone is on board. But there are competing views on how to get there — whether to push today’s ‘hard’ skills or tomorrow’s ‘soft’ skills.

Many school leavers do not achieve the basic literacy and numeracy needed to succeed at work. This impacts on business – 44 per cent of employers faced difficulty recruiting the necessary skills in 2017-18, jumping from 37 per cent in 2016-17.

The RBA Governor also singled out the high vacancy rate and pockets of skills shortages as drags on the economy, with 35 occupations remaining in national shortage.

Despite suffering these shortages across almost all technical and trade occupations, enthusiasm for apprenticeships remains sluggish, with numbers declining for the sixth year in a row.

As for the future, skills prospects may be less revolutionary than futurists suggest. Five of the top six jobs expecting the highest demand require ‘harder’ skills than you might think: carers; nurses; childcare workers; waiters; and education assistants.

If the PM is to successfully ‘lift our skills capabilities,’ an eye on the future is prudent, but he mustn’t lose sight of jobs and growth for the ‘quiet Australians’ who won the election in May. He should double down on hard skills for jobs today and steer well away from the utopian drive of his predecessor’s ‘innovation and science agenda’.

The writing is on the wall — stop talking about the future of work, and focus on the now.