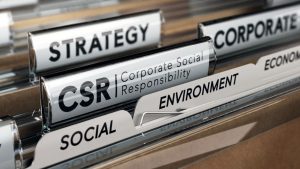 The quiet Australians’ rejection of Labor’s “progressive” agenda has exposed the cultural divide between inner-city elites and ordinary people in the outer suburbs and regions who hold more traditional views.

What the election result also should do is burst the insider bubble surrounding so-called corporate social responsibility, which is leading companies to support progressive social causes publicly.

Many corporate elites — like many members of the political class — tend to live, work and socialise with like-minded elites and do not question self-reinforcing progressive agendas. However, issues that may be uncontroversial in Sydney’s Point Piper are not uncritically accepted in places such as Penrith and Picton.

This is why the increasing amount of virtue signalling being undertaken by companies is not only bad for business; as the Israel Folau case shows, it is also bad for the future of Australia as a civil society in which people with different views can work and play together. Unfortunately, there are few post-election signs Australian business is reconsidering the political meddling by major companies in social issues that have little, if any, connection to shareholders’ interests.

Instead, in recent weeks a slew of major companies has declared support for constitutional recognition of indigenous Australians. This renewed bout of corporate politicking was evidently pre-planned in anticipation of a Labor Party victory, which had pledged to fast-track a constitutional referendum on an indigenous voice to parliament.

The election result has not only exposed the political tin ear of the corporate sector. It also has exposed the contradiction at the heart of the CSR push being enthusiastically embraced at the highest levels of business.

The standard argument for CSR is that showing companies care about more than profit, and that they support the interests of broader groups of stakeholders in the community, is good for brands and reputations.

However — as last month’s federal election result should clearly indicate — in reality, corporate involvement in divisive social issues on which there is no community consensus can have negative brand consequences.

Companies — Qantas being the obvious example — risk acquiring reputations for “being political” and alienating the millions of Australians who don’t share so-called progressive views and values. The problem is that CSR has become an “industry” inside Australian business, with a vested interest in pushing companies to do more and more CSR.

The army of CSR managers and consultants employed in HR, “people and culture” and corporate affairs divisions has an activist mindset and is intent on transforming companies into political players campaigning for “systemic change” such as constitutional recognition.

The “industry” wants to make CSR a way for corporate elites to fundamentally politicise the role of companies by playing politics with shareholders’ money.

The way CSR politicking can damage company brands and be bad for business should encourage corporate leaders to take a more hard-headed approach.

The difficulty, however, is that those inside the corporate world who are not on board with progressive agendas can face professional repercussions that jeopardise career advancement.

This suggests that effectively countering the influence of the CSR industry that is institutionalised and gaining momentum across business may require changes to ground rules and frameworks used to govern how CSR decisions are made.

So now, in the wake of the election, might be an opportune time to push back against the CSR push by introducing a new principle — called the community pluralism principle — into the management of companies.

This would overtly counter the current approach to “social responsibility” by holding directors and chief executives accountable for making sure CSR activities don’t stray into meddling in contentious political issues and instead ensure that companies properly respect the pluralism — the different views and values — of the Australian community.

If this pluralism principle were inserted into company constitutions at the initiative of a new kind of anti-activism by a silent majority of shareholders fed up with the diversion of company resources into political activism, this would allow the quiet Australians to send a powerful, bubble-busting message about ending corporate political meddling.

Alerting corporate elites about the need to keep companies out of political issues also would be a positive development given the bigger issue at stake: the hyper-politicisation of society. This is the belief that all individuals and organisations — including companies — need to take a political stand by supporting progressive causes.

The implications for Australia’s future as a civil society have been spotlighted by Rugby Australia’s sacking of Folau for expressing his Christian faith in a way deemed to have violated a “diversity and inclusion” CSR agenda.

In a democratic country that respects the fundamental freedoms of all, companies — like sporting codes — should be places where citizens can overcome our political and other differences, and join together for good and truly inclusive purposes, be it playing games or producing wealth-generating goods and services.

The choice facing business is whether it divisively contributes to further fostering the hyper-politicisation of society in the name of CSR, and establishing (as Folau’s sacking demonstrates) de facto political tests of employment dressed up as a commitment to so-called diversity.

The alternative path — which is where the community pluralism principle leads — is for companies to remain part of a genuinely civil society. This means they must be sincerely inclusive by respecting the only kind of diversity that ultimately matters in a democracy: the diversity of political and religious opinion that is the foundation of a free society.

Jeremy Sammut is a senior research fellow at the Centre for Independent Studies. His book Corporate Virtue Signalling: How to Stop Big Business from Meddling in Politics (Connor Court) was published this week.