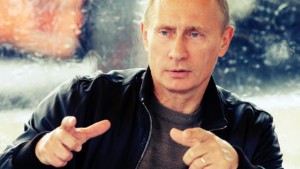 …and the world comes pretty close to WWIII.

Two weeks ago, fighter aircraft from NATO’s second-largest military, Turkey, shot down a Russian military plane along the Turkish-Syrian border, killing one of the pilots.

Russian President Putin immediately threatened “serious consequences” for this “stab in the back” – the two countries had hitherto been close strategic allies, and its leaders good friends.

The Turkish President Erdogan responded by calling an emergency NATO meeting. This alarmed practically everybody, since Article 5 of the NATO Treaty calls for mutual self-defence, which means that if Russia retaliates militarily, it will be at war with NATO.

The international hyperventilation was caused not only by Erdogan and Putin’s shared proclivity towards the use of force: it is thought to be the first time a NATO country has shot down a Russian plane in half a century.

Thankfully, Putin does not seem to have an appetite for such a conflict, not least because of Turkey’s reliance on Russia for half its natural gas supplies, which was worth $10 billion last year.

However, he has promised that the fallout will be long-lasting and serious.  Russia has imposed economic sanctions, shut down all diplomatic and military channels of communication with Turkey, and accused its government of complicity with terrorists.

The incident complicates the already difficult task of forging a diplomatic breakthrough against the Islamic State in Syria.

With NATO-Russian relations already at a historic low for the past two years, Turkey’s decision to fire on a Russian warplane has angered and embarrassed Putin, whose domestic popularity relies in great part on his determination to rebuild Russia’s international standing.

In doing so, Turkey has severely undercut international efforts to persuade Russia to drop its support for Bashar al-Assad, and has all but dashed François Hollande’s hopes for a grand international coalition against ISIS.

The dangers of world powers running overlapping and uncoordinated military operations across Syria are already obvious. As the diplomatic impasse between Russia and Turkey continues, the potential for escalation and miscalculation is greater than it ever has been before.